The quality of the Huddersfield Town defence has been clear in recent results. Huddersfield Town has been stingy with goals, scoring just three in their last six games. While that may be intriguing, only time will tell whether or not that pattern will continue in this game. Nottingham Forest and their travelling supporters will be hoping for a better result in this game after a loss in their previous game against Sheffield United in the Championship Play-offs.

During the course of those matches, they scored a total of 13 goals, with The Terriers scoring six and The Reds scoring seven. The average number of goals scored each game was 2.17. Taking everything into account, we believe Huddersfield Town will struggle to score against Nottingham Forest, who we believe will score and go ahead. As a result, we’re forecasting a close game, with Nottingham Forest winning 0-1 at full-time. 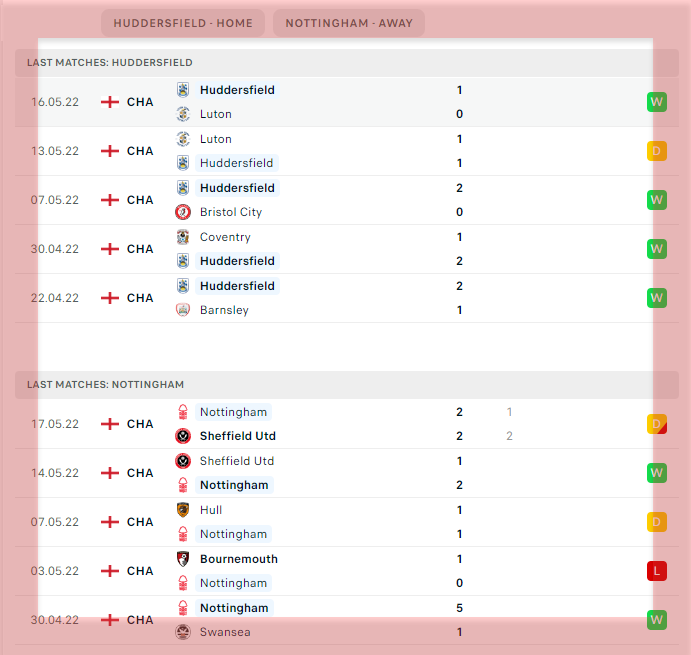