Queens Park Rangers will be anxious to get out of this slump, having lost five games in a row in the league.
The most recent setback occurred last Saturday, when the Hoops were defeated 2-1 by Preston at Deepdale.

Mark Warburton, the head coach, needs to do something to help his club regain attacking momentum after a string of poor performances in recent weeks. In their last three league games, Queens Park Rangers have only scored one goal. Following a run of five consecutive defeats, they dropped to 11th place in the Championship table.

QPR are now six points adrift of the promotion playoffs, and they won’t have many opportunities to reclaim a top-six finish in the final five games of the season. Nonetheless, the game on Friday at John Smith’s Stadium is crucial for the hosts, who can still dream of automatic promotion after back-to-back victories over Hull and Luton in the previous two rounds.

Huddersfield Town were particularly impressive on Monday night, winning 2-0 at home against direct promotion rivals Luton Town. In this encounter, the home court advantage has historically had a significant impact.

Huddersfield Town, who have a poorer head-to-head record, have won seven, drawn two, and lost only three of their last twelve home games against QPR.
Three or more goals have not been scored in any of the last five head-to-head meetings between the two teams.

Huddersfield Town hasn’t conceded a goal in their last two league games, and they face QPR, who have struggled for goals recently. At 2.50 odds, we might find value in backing the hosts to keep a clean sheet. You may also back Huddersfield Town to win at 1.95 odds, knowing that both form and history point to that outcome on Friday. 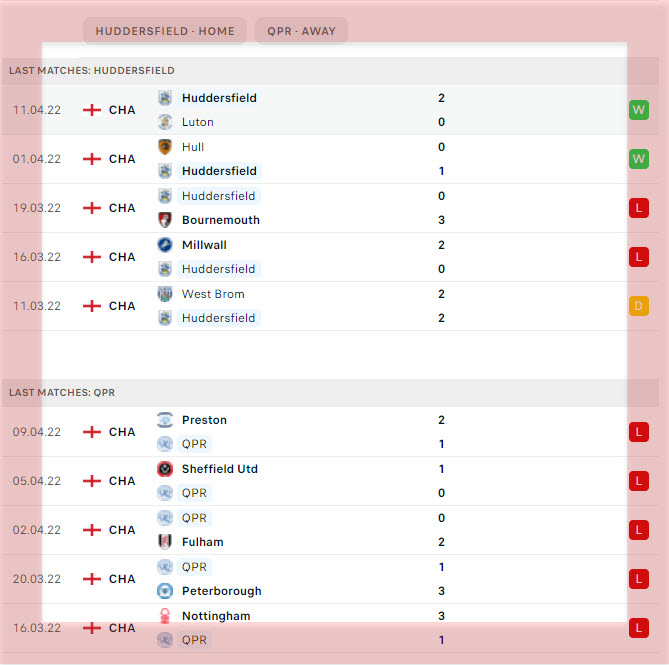