Honka vs Ilves – Preview, and Prediction

Honka vs Ilves – Honka played well in seven Veikkausliiga matches this season. They’ve only lost twice. They hadn’t lost in five matches before the latest one. The team is third with 13 points.

Honka last played Oulu. Honka couldn’t keep the score even after tying it. Honka lost 2-1 when Oulu scored in the closing minute.

Honka and Ilves have won three of five matches recently. In three of the last five matchups, both teams scored over 1.5 goals.

Honka has won all three home games this season. They’ve won three straight and intend to keep it rolling in forthcoming matchups. Ilves has no away wins this season. They’ve lost two road games and drew one. The records suggest Honka will win. Both teams score often. So, over 2.5 goals are expected. 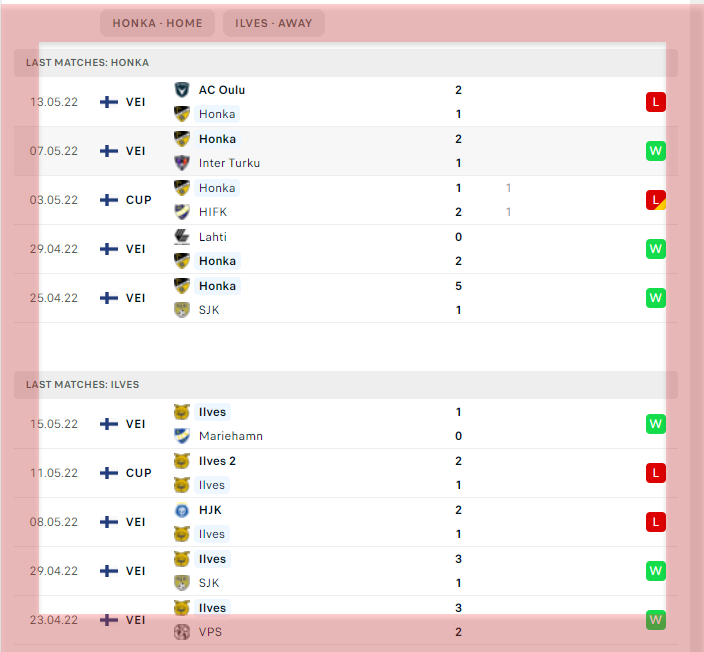