Hoffenheim vs Werder Bremen – Hoffenheim comes into this game off of a 1-1 draw with Hertha Berlin in Bundesliga 1. Hoffenheim had 57% of the ball during that game and had 16 shots, 4 of which were on goal.

The Hoffenheim defence has shown to be very strong, as evidenced by their more recent scorelines. In their last six games, Hoffenheim have allowed a total of three goals to go past their keeper, demonstrating their miserliness.

We’ll just have to wait and see if that tendency holds true for this game. Werder Bremen will enter the contest fresh off a 5-1 Bundesliga 1 victory over Borussia Mönchengladbach.

Werder Bremen had 48% of the possession in that game and 8 of their 14 shots on goal were successful. Niklas Füllkrug (5′, 13′), Marvin Ducksch (8′), and Mitchell Weiser (73′) scored goals for Werder Bremen.

Werder Bremen have scored 23 goals in the last 6 games they’ve played, averaging 3.83 goals per game, demonstrating their preference for high-octane contests. Nine of this total have been made by opposing teams.

Ole Werner, the manager of Werder Bremen, does not have a full roster to choose from. There won’t be any names on the squad sheet for Jean Manuel Mbom (ruptured Achilles tendon) and Dikeni Salifou (pulled hamstring at the adductors).

It appears that Werder Bremen will face a challenging task in dismantling a Hoffenheim team that possesses all the necessary skills to completely control the game. By the time the game is over, Hoffenheim will have a commanding 3-0 lead. 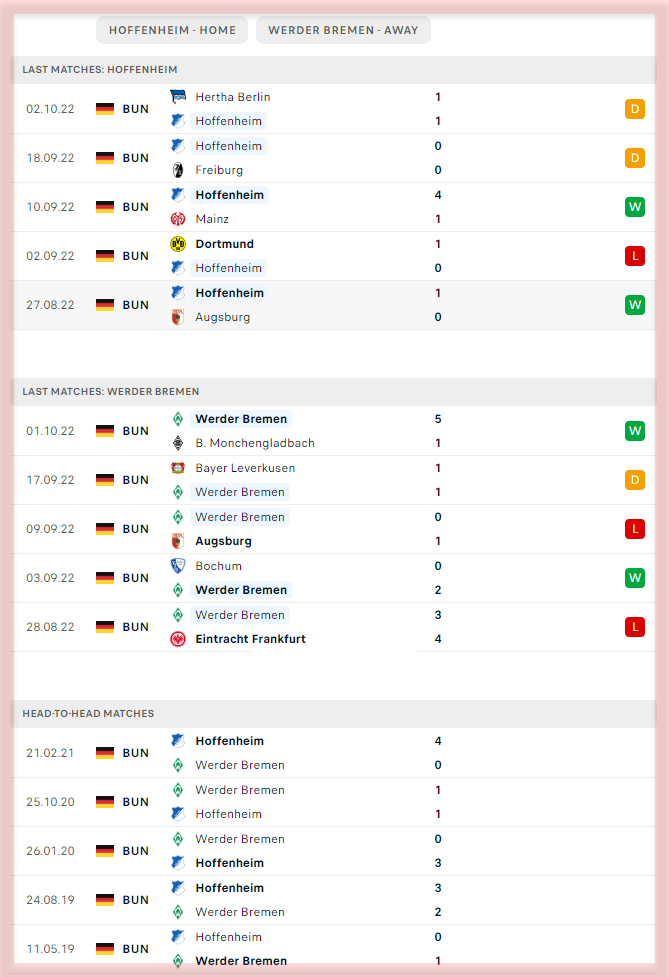