HJK vs FC Lahti – This season has started well for HJK. So far this season, they have won six, drawn one, and lost one of their eight league games. Following such a fantastic recording at the outset, their spirits will be high. They’ll be hoping for more encouraging results.

In their most recent league match, HJK drew 1-1 on the road against FC Lahti to extend their unbeaten streak to four games. They’ll be looking to triumph against the identical Lahti team at home. FC Lahti, on the other hand, has had a shaky start to the season. So far this season, they’ve won two, drawn two, and lost three of their seven league games. Their offensive and defensive lines do not appear to be particularly strong.

FC Lahti’s draw against HJK has created a temporary streak of two league games without defeat. The other was a 1-2 road victory over SJK. They’ll be trying to extend their unbeaten streak in the league to three games.

HJK’s good home form may be helping them maintain their unbeaten streak. This season, they have only played three home games, winning two and losing one. A loss breaks the streak of consistency. As a result, they’ll be looking for more positives to compensate for the early poor result at home. FC Lahti, on the other hand, has won two and drawn one of their three road games so far to show their good record.

With HJK’s recent head-to-head record favouring them, we’re backing them based on their current league record. It will be a close match, and based on their away stats this season, we expect goals from Lahti. 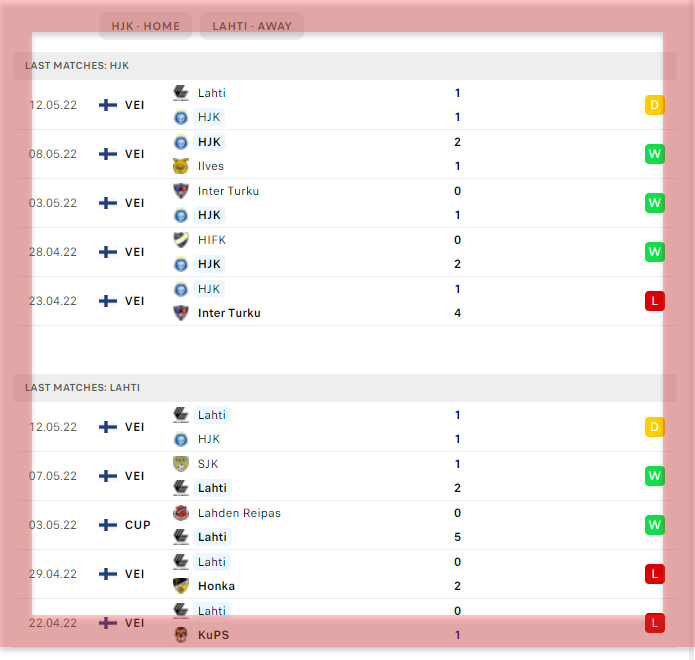