Helsingborg vs Kalmar – Preview, and Prediction

Helsingborg vs Kalmar – Heisingborg is currently ranked last in the table and is the worst team in the Swedish premier division. They have a protracted losing run and are conceding goals at an alarming rate.

They have played more games than the majority of the clubs in the league, but they have only managed one victory throughout the entire campaign.

Kalmar is now at sixth in the table and needs just 2 more points to move up to the podium. Additionally, they only need an additional 5 points to tie the team in first place in the standings.

This season, they have routinely scored goals, even when playing away from home. Additionally, they have a strong head-to-head record versus their adversary in previous seasons. All of these observations suggest that Kalmar will score three points tomorrow.

In the previous five games, Kalmar had won three of them, and in the previous two matchups, they had scored a total of five goals. Two of the previous four matches at this location had been won by the visitors. The most recent game played here had ended in a 1-1 draw.

In contrast, Kalmar had won five of their previous seven games overall, and they had only lost twice while travelling since the first week of December. In light of these findings and past head-to-head statistics, predict a victory for Kalmar tomorrow.

Helsingborgs IF should do well to score goals against Kalmar FF, who we believe should score a goal of their own and prevail.  As a result, we are witnessing a fairly level game, with Kalmar FF winning by a score of 0–1. 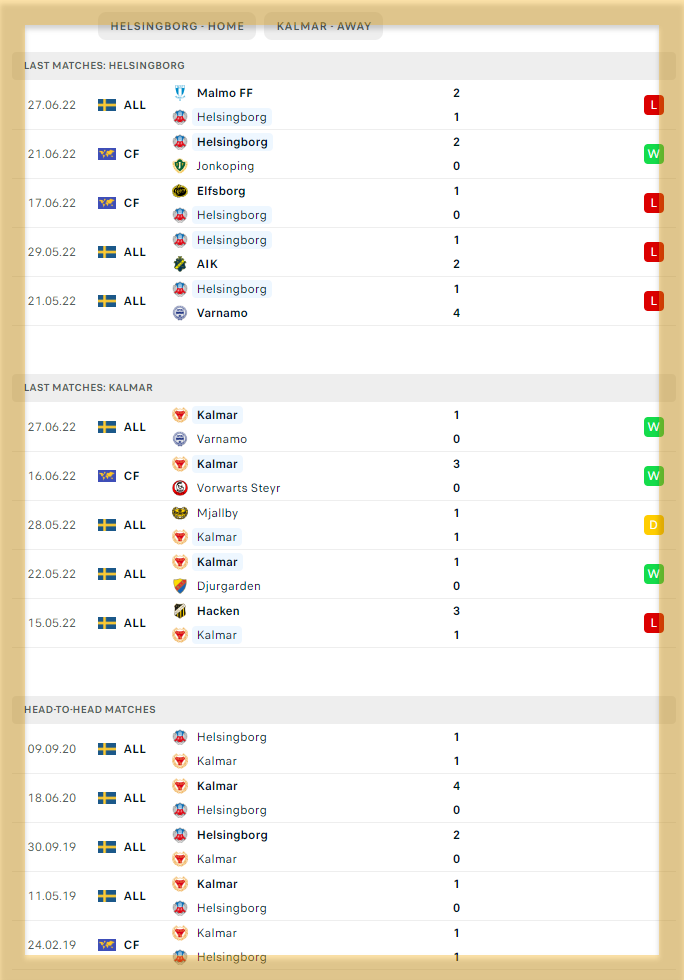