Ham Kam vs Molde – This season, Molde is without a doubt among the greatest teams in the Norwegian top division, and their recent results support that claim.
They are the only side in the entire tournament to have won each of the previous five league games, which is worthy of attention in addition to their current impressive winning streak.

They are scoring goals at an exceptional rate and, thus far this season, have been the top team when playing away from home.

While not quite on the same level as Molde, Ham Kam can also be regarded as one of the top teams in the Eliteserien.

For starters, they have recently struggled to play consistently at home, and more crucially, they have a dismal recent history versus this adversary.

Molde, on the other hand, are currently riding a noteworthy 10-game winning streak during which they have amassed 26 goals. Additionally, they had triumphed on 13 of their previous 15 road trips and had netted 10 goals in their previous three away contests.

In light of these findings as well as Molde’s advantage in head-to-head comparisons, predict a victory for them tomorrow.

Recent Hamarkameratene games have seen far too few goals surrendered. In reality, Hamarkameratene has allowed goals in 6 of their last 6 games, leading to the loss of 8 goals. Leaving that aside, only time will tell if this pattern will continue in this game.

Molde FK has accumulated a total of 14 goals throughout their last six games. On each of those occasions, Molde FK also scored. They have witnessed 4 goals scored by their opponents during that time. 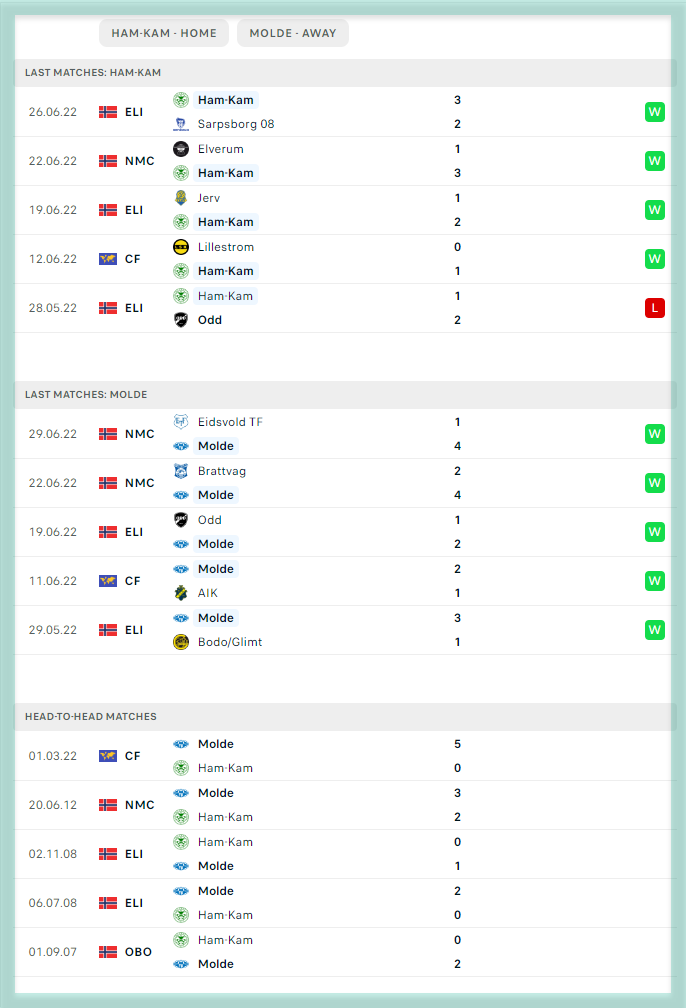