Hacken vs Mjallby Preview, and Prediction

Hacken vs Mjallby– Hacken took advantage of Djurgarden’s surprising goalless draw away at Varnamo to reclaim first place in the Allsvenskan standings.

Last Monday, the team led by Norwegian manager Per Mathias Hogmo continued their fairytale campaign in this season’s Allsvenskan by defeating struggling Helsingborg 5-0 at home.

Uddenas Oscar stole the show with a hat-trick, as Hacken allowed their opponents no more than five attempts in total during the 90 minutes of play at Bravida Arena.

The hosts are about to face a much more serious challenge this time as Mjallby visits Bravida Arena in one of the most exciting games of Matchday No 18.

The visitors are unbeaten in their last four games. They’ve been difficult to break down since the start of the season, especially on the road, where their defensive-minded style has resulted in a 5-7 goal difference in 8 games.

Mjallby had won two and drawn one of its previous three league games. They held Elfsborg to a 1-1 draw in the previous round eight days ago.

This game pits the league’s best offense against one of the league’s best defensive lines. It will be fascinating to see how Mjallby’s tough back line handles Hacken’s lethal offense, which features the division’s leading scorer, Alexander Jeremejeff.

Based on their head-to-head record, Hacken’s impressive home form in this season’s Allsvenskan, and the fact that they are currently table-toppers. 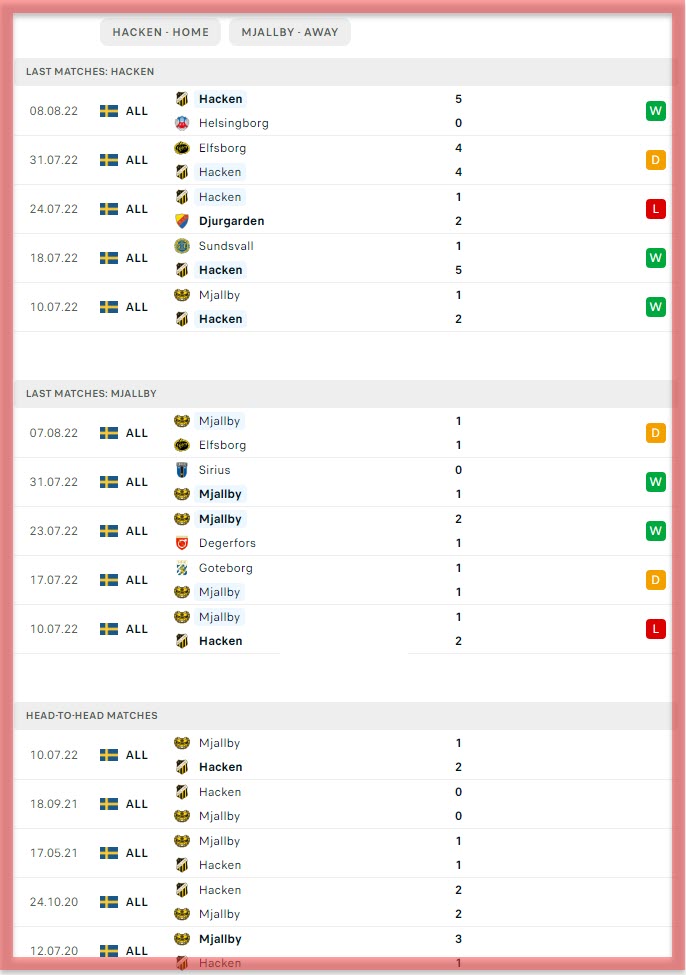 Our Prediction: Home to win or draw