Hacken vs Kalmar – Preview, and Prediction

In their most recent league match, Hacken defeated Varnamo 1-2 on the road. With the win, they have now gone four games without losing in the league. They’ll be trying for a fifth straight win.

Kalmar, on the other hand, has enjoyed an average start to the season. This season, they won four and lost three of their seven league games. Their offensive and defensive lines appear to be very strong. Having such a goal-scoring and goal-preventing team is enough to lift morale. Kalmar won 2-0 over Hammarby at home in their most recent league match. It was their third league victory in the last five games. Following the foregoing great outcomes, their emotions will be upbeat.

In terms of head-to-head statistics, Hacken has the upper hand. Based on the foregoing evidence, we believe Hacken will win by three points when they face Kalmar in an Allsvenskan match on Sunday. 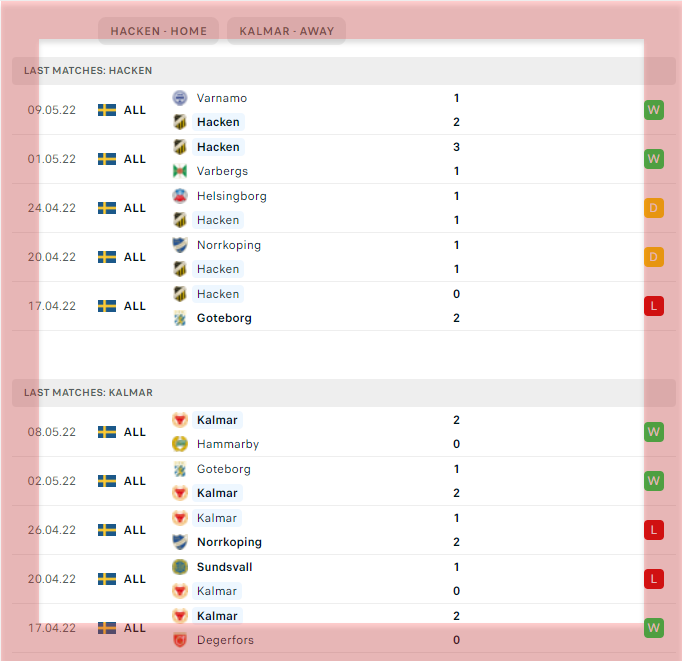