Guangzhou City vs Changchun – On Friday, Guangzhou City will host Changchun Yatai in the sixth round of the 2022 Chinese Super League season at Yuexiushan Stadium. Both teams will be eager to go back to winning ways in this one having failed to come away with all three points last time around.

The Blue Lions are still bottom of the table after five games, but they may be thankful that they are only three points off safety at the moment. The next test will come from a squad that has won each of the last three meetings between the two by an average score of 8-2.

The hosts will be looking to snap a three-game losing streak and get their season back on track on Friday when they welcome the visitors. After a scoreless draw with Henan Songshan Longmen on Monday at the Development Area Stadium, Changchun Yatai had to settle for a point for the third time in four games.

A close game saw Chen Yang’s team fall short of an important victory, despite having the better chances on the day. Nonetheless, the Jilin-based outfit have climbed up to 10th position in the league table, albeit currently a huge seven points behind of current leaders Wuhan Three Towns and Shanghai Shenhua.

Even though they have yet to win on the road this year, the visitors were determined to inflict additional pain on their hosts on Friday by picking up a much-needed three points. 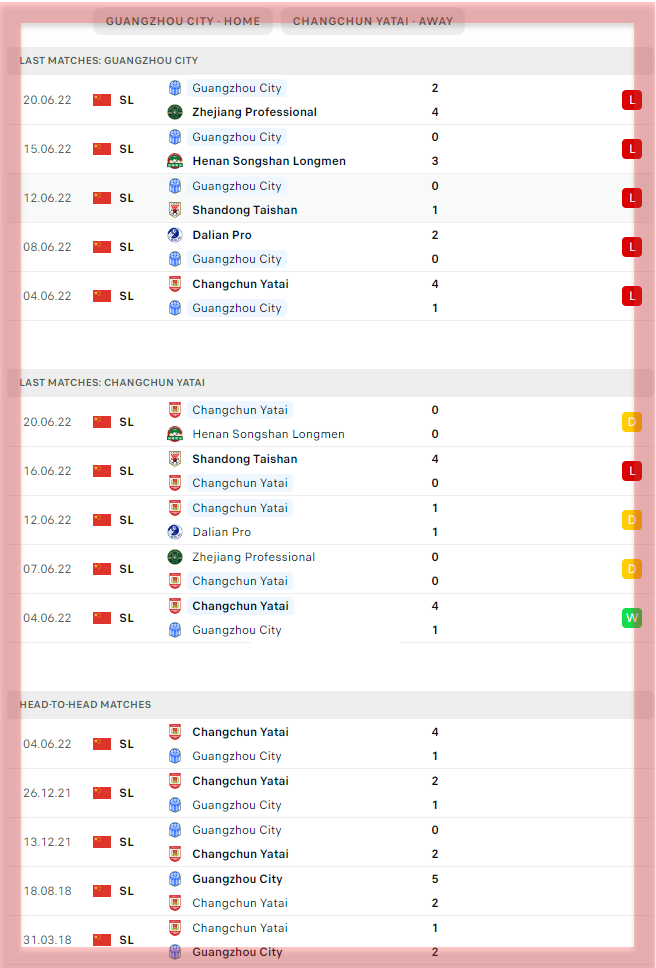