Meanwhile, the visitors have not won any of their last five Premier League away games, and have failed to score on four occasions.

Greuther Furth’s five-match unbeaten streak came to an end last weekend as they were defeated 4-1 away at Wolfsburg.

After Branimir Hrgota’s 44th-minute penalty equalized Aster Vranckx’s seventh-minute opener, the visitors headed into halftime level; nevertheless, the hosts ran away with the victory after the break, sending Stefan Leitl’s side to their 15th league defeat of the season.

Following Augsburg’s 2-0 win over Union Berlin, Furth remain at the bottom of the Bundesliga table, although they are now 12 points adrift of safety.

Andreas Linde, a January signing who was an unused replacement in the defeat against Wolfsburg, might make his debut this weekend in place of Sascha Burchert.

Paul Seguin, Max Christiansen, and Timothy Tillman are all expected to keep their spots in central midfield, while Jamie Leweling and Jeremy Dudziak are expected to join Hrgorta in attack.

Stevan Jovetic, a former Manchester City striker, was able to overcome a calf injury and play the whole 90 minutes against Bochum, and the Montenegrin international is expected to start alongside Belfodil again. 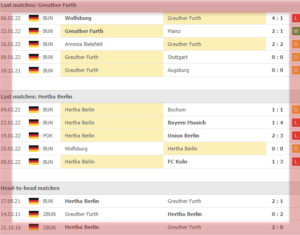