Granada vs Levante – Preview and Prediction

Granada vs Levante – With each successive matchday, Levante makes things more difficult for them. They are 19th in a 20-team table, and with only seven games remaining, they must gain an eight-point advantage to avoid relegation.

It’s also worth remembering that they’ve only scored 22 points in their first 31 games. They’ve also battled defensively since the start of the season, and things are only going to grow worse now that they’re in dire need of points.

To say the least, their admirers are going to be up all night for the next month. Meanwhile, Granada is dangling by a thread on the verge of relegation. They are ranked 16th out of 20 teams, with a one-point margin of error over the cut-off.

They, too, are suffering from a lack of form, notably in their backline. It goes without saying that these two are direct rivals in the relegation race, and a win over the other will be quite useful.

Levante, on the other hand, lost 2-3 at home to Barcelona. They had also lost four of their last five games, and had lost 33 of their previous 39 games. Considering these numbers, as well as either team’s desperation, I expect a high number of goals tomorrow. 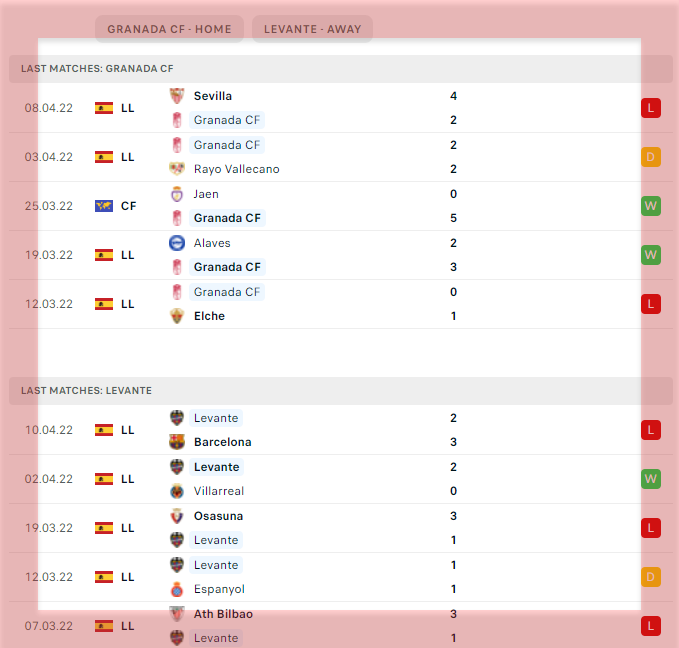