Granada vs Espanyol – Granada has a clear idea of what will happen on the last day. They are one point ahead of Mallorca and Cadiz in the relegation race, and all they have to do now is beat Espanyol on Sunday evening to ensure their place in the top flight of Spanish football, regardless of what their opponents accomplish on the final day.

Aitor Karanka’s (former Real Madrid player) objective of defeating Espanyol at Estadio Nuevo Los Carmenes should not be too difficult, considering the visitors have been on the beach for quite some time. In terms of the league rankings and their ultimate place, Espanyol has shown no signs of desire in recent weeks. This explains why they only had two points in their previous five games. Recently, they’ve had a lot of trouble performing on the road.

Espanyol has lost their last eight away matches in all competitions. They come into this game having lost four consecutive league games away from home. Granada, on the other hand, had won two consecutive games before losing 2-0 at Real Betis last Sunday. The team led by Aitor Karanka had not lost in their previous five league games.

Granada will come into this match in much better shape and with a greater desire to win in front of their home crowd on the last day of the season. We don’t need anything else to see them as strong contenders in this game. Given Karanka’s recent defensive success, a home win to nil is certainly worth backing at 2.50 odds. At 2.20 odds, you may back Granada to win by two or more goals difference.

Granada vs Espanyol – Head -to -Head 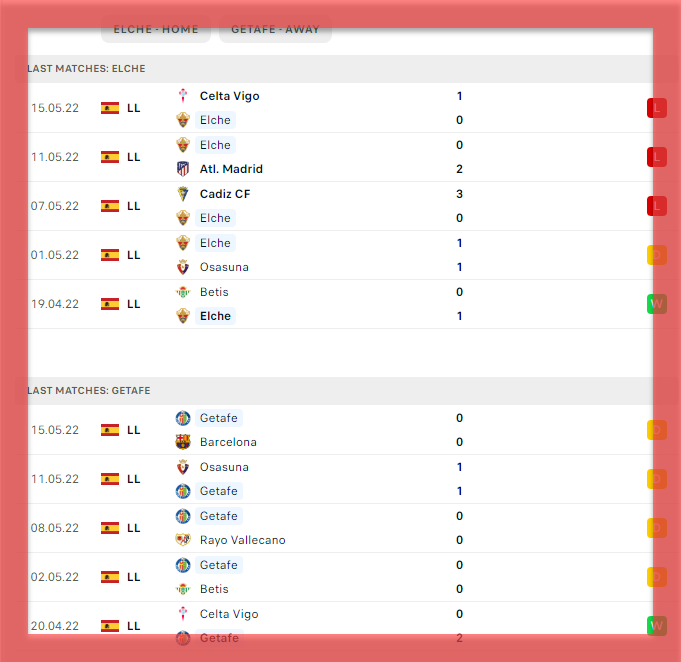 Our Prediction :Home To Win