Goteborg vs Varberg – Preview, and Prediction

Goteborg vs Varberg – This season has started well for Goteborg. Their unblemished start in the first four league games helped them secure a berth in the table’s safe zone. They were unable to maintain their great run and are currently winless, resulting in the loss of the temporary safe zone berth.

In their most recent league match, Goteborg were defeated 1-0 by AIK Stockholm on the road. They have now lost three games in a row in the league as a result of that loss. They’ll be aiming to get back on track and win again.

Varbergs, on the other hand, has had a shaky start to the season. They were able to achieve a few of positive performances despite their uneven form. They have, however, entirely converted into an inconsistency with unfavourable displays at this time. Varbergs lost 0-2 at home against Sirius in their most recent league match, extending their winless streak to four games. Three of those four games were losses.

Goteborg got off to a good start at home, winning 2-1. Instead of retaining it, they have had a significant drop in their home form, drawing the second and losing the most recent match. They’ll be trying to establish a favourable pattern.

Varbergs, on the other hand, had a strong start on the road, scoring a three-pointer. However, they have lost their last two league games on the road, extending their losing record. Based on the information above, we believe that Goteborg will win their match against Varbergs on Sunday. 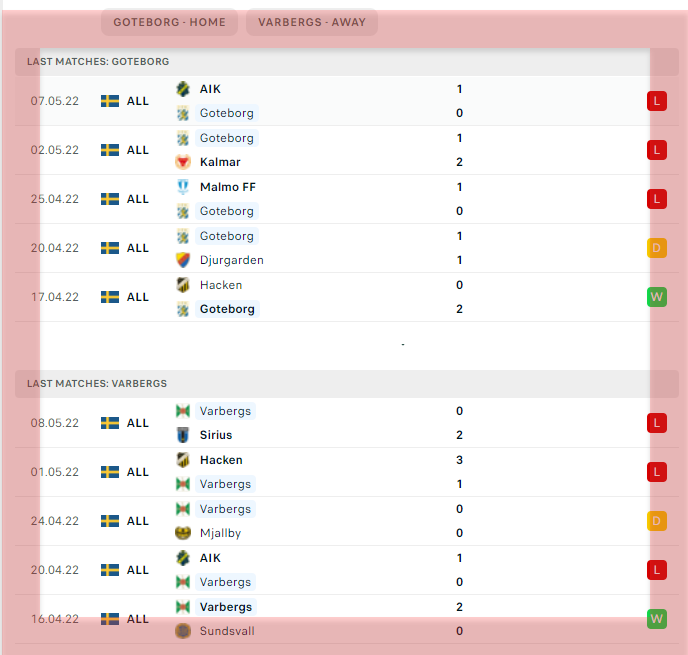