Goteborg vs Kalmar – Preview, and Prediction

Goteborg vs Kalmar – With good results from the first five league games this season, Goteborg has managed to stay on the outside of the relegation zone.

They are in fourth place with a total of ten points. They appear to have good offensive and defensive momentum.  In their last match on the road against Malmo, Goteborg suffered their first defeat of the season.

They had gone four games without losing before suffering the aforementioned setback. With home advantage in their next league game, they’ll be trying to get back on track.

Kalmar, on the other hand, has had a mediocre start to the season. In their first five games of the season, they won two and lost three.

They are presently ranked 11th in the rankings with a total of 6 points. They also have a solid offensive and defensive lineup.

Kalmar was defeated 1-2 at home by Norrkoping in their most recent league match. With that loss, they have now lost two games in a row in the league.

Goteborg vs Kalmar – Preview, and Prediction

Kalmar, on the other hand, has lost six of its last ten road games in all competitions. They split their two road games this season, winning one and losing the other.

In terms of form, we prefer Goteborg, who have had a superior overall campaign thus far. As a result, when they meet in an Allsvenskan match on Monday, we expect them to win. 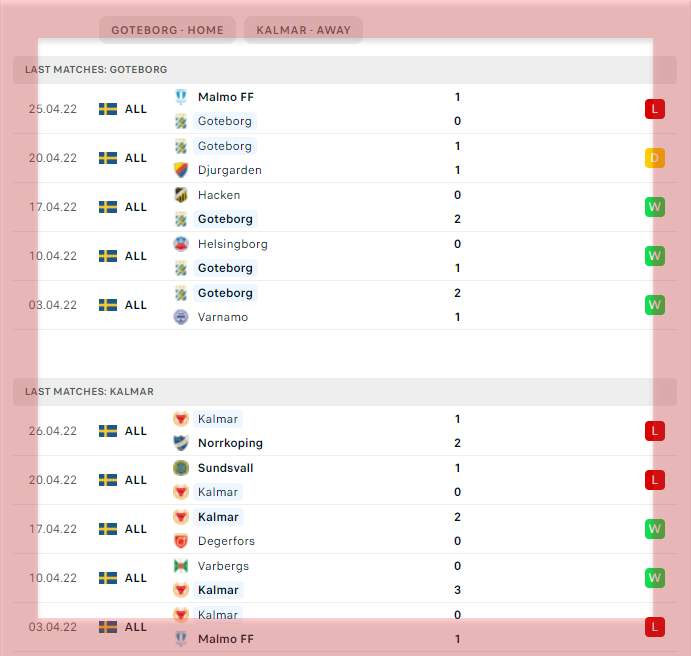