Godoy Cruz will be looking to get back on track after losing 1-0 to Rosario Central in their previous Liga Profesional match. They have only won once in the three matches they have played so far, and they have lost twice. The hosts are now in 19th place, having gained three points.

Defensa y Justicia, on the other hand, is ranked 21st on the standings with 3 points. They drew all three matches they played and were unable to convert those draws into victories. They haven’t won in over six games in any competition, with two losses and four ties in that time.

Defensa y Justicia tied 1-1 with Huracan in their previous match. After stalemates against River Plate and Lanus, they tied for the third time in a row. A remarkably low number of goals have been scored between them and their opponents in five of their last six meetings.

Defensa y Justicia has won three of their last five head-to-head meetings, while Godoy Cruz has only won once. The average number of goals scored in previous meetings between the two was 2.17, with BTTS occurring 50% of the time.

They last met in Superliga in 2021, with Godoy Cruz claiming a 2-1 victory. Godoy Cruz has been outstanding at home, going undefeated in their last six games.

They’ve also won three straight home games in a row, all while keeping a clean sheet. Meanwhile, Defensa y Justicia is on a four-game losing streak on the road.

They’ve also failed to score in two of their previous five games and have drawn their last three. Due to the visitors’ proclivity for tying games at the last minute, we believe a home win or draw is the safer option. 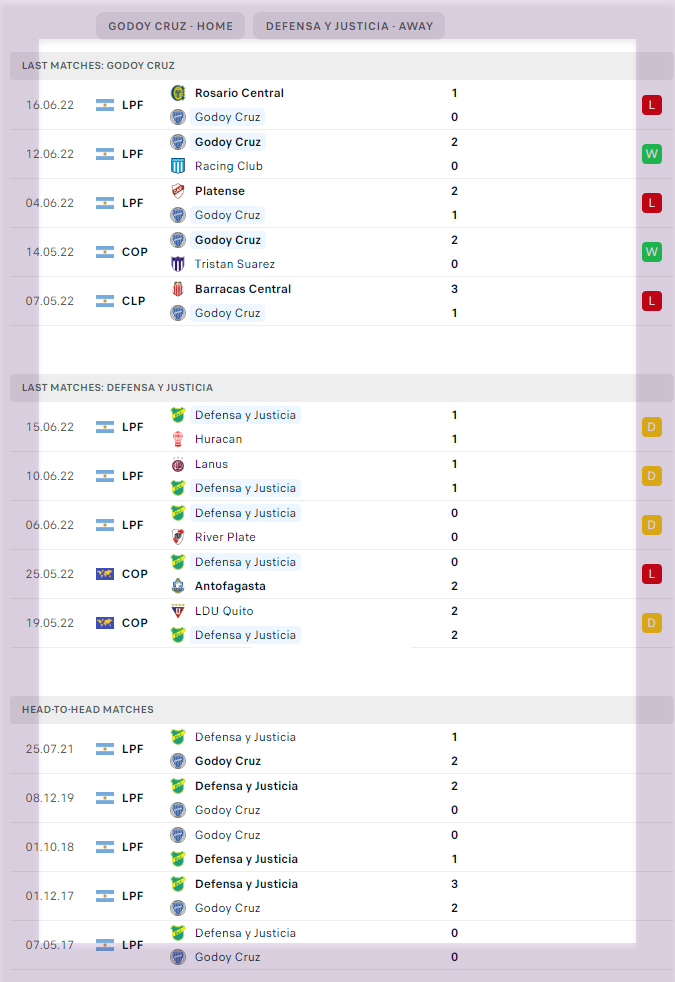