Girona vs Athletic Bilbao – Girona are high on confidence after having secured a draw against reigning champions Real Madrid. But it is a doubt if they will be able to build on that result. Bilbao are in form, and are determined to go after a European spot at any cost.

They are placed sixth in the table at the moment, and lost just thrice all through the campaign. And it deserves to be mentioned that two of these losses came against Barcelona and Atletico Madrid.

It is also of prominence to them that they need a surplus of just two points to climb level with the third-placed Atletico Madrid.

The last match-day they recorded a 1-0 win against former Europa League champions Villarreal, and they hope that can sustain this form to secure an entry into one of the European competitions the next season.

Meanwhile, Girona are one of the weakest squads in the league, and are placed 17th in the table at the moment – level on points with the relegation cut-off. In fact, the 19th placed Cadiz need a surplus of just one point to climb over them in the table.

Going on, Girona won just twice all through the league campaign, and they are one of the few teams in the entire league to have remained winless in the past five match-days.

Moreover, they have a poor h2h record against this rival over the years, and judging all these observations, expect a win for Athletic Bilbao this Friday.

Girona are on a long winless run that stretches back to the first week of September. In fact, they managed to win just twice all through the league campaign, and these two wins came against the struggling Valladolid, and Getafe.

On the other hand, only thrice have Bilbao lost all through this season in all competitions, and two of these defeats came against former champions. In addition, they are scoring in plenty, and importantly they have a dominant h2h record against this rival too. 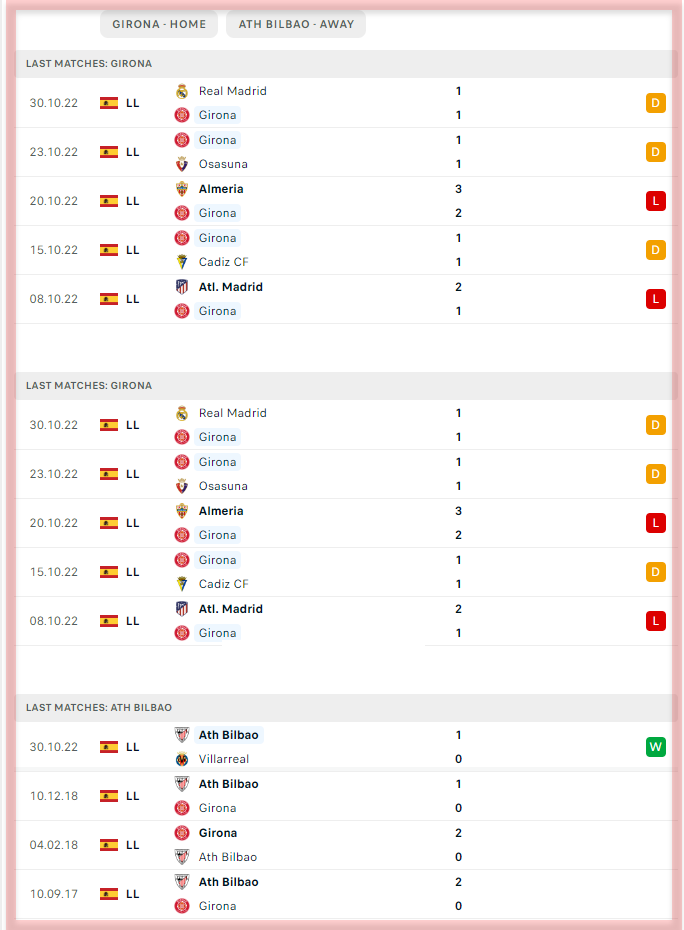