Giresunspor vs Adana Demirspor – Giresunspor is one of the weaker teams in the Turkish first flight this season, slightly above the relegation cut-off. They’ve had defensive issues from the start of the season, and they’re a newly promoted team. Demirspor, ranked fifth in the rankings, has been one of the top teams in the campaign. They are desperate for fourth place to get into the Conference League ,They will obviously go for all three points this weekend. They also have a strong h2h record against this foe. For these reasons, Adana should win this Friday at Cotanak Stadi.

Giresunspor had lost four of their last five games overall, and had only won twice at home in their last eight. Adana, on the other hand, had won 20 of their last 26 games and had only lost three times on the road in the last five months ,They also have a great h2h record against this foe.  For these reasons, Adana will win on Friday. Demirspor need five points to catch up with fourth-placed Basaksehir, while Giresunspor sit last in the table 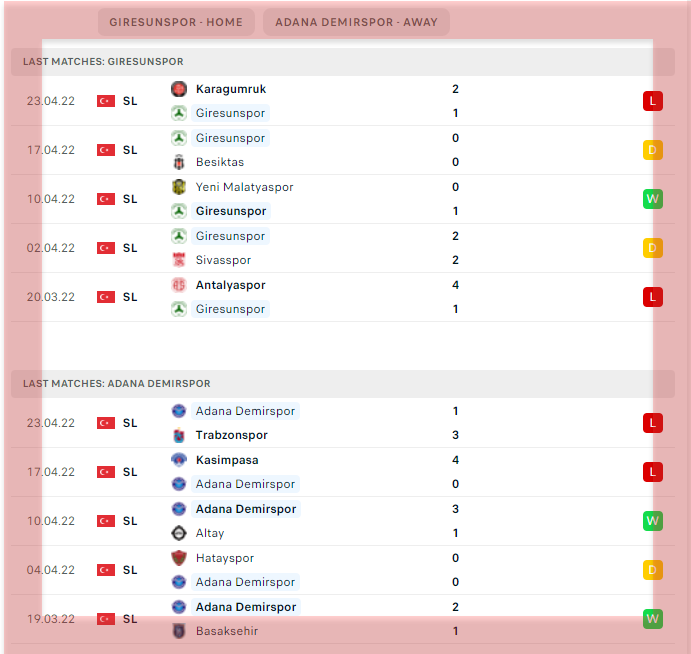