Gil Vicente vs Portimonense –Both Portimonense and Gil Vicente are going through long stretches of poor performances, and are letting in goals in huge numbers. It goes without saying that the two are desperate to put an end to these dismal streaks, and will surely consider each other as ideal targets for wins.

Portimonense have a single win from their past five games in the league, and they are currently on a long losing streak on the road. In fact, along with Famalicao, they are the only team to lose the past three road trips in the Portuguese top flight.

They are stuck in a loop of poor results at the moment, and they will be eagerly looking forward to this match-up. The reason being, their counterparts for the day are also in a deep mess at the moment.

Gil Vicente are placed 16th in a table of 18 at the moment, and they managed to win just twice through the campaign. They are also one of the two teams to remain winless in the past five fixtures in the league, and they are the only ones to have lost the last four in a row.

Going on, majority of previous h2h clashes also had goals in huge numbers, and more of the same is expected this Friday between the two teams. They are desperate for a win, and will of course target each other’s poor defense.

The latest encounter ended in a 1-0 win for Gil Vicente, They won three of the past four clashes, Four of the preceding seven meetings at this ground had goals from both teams, It’s been three years since the guests won at this ground.

Gil Vicente managed to win just twice since August, and they even let in two or more goals in six of their past ten overall fixtures. They are also on a long stretch of winless performances at home, with their latest victory at the ground coming back in the first week of August. 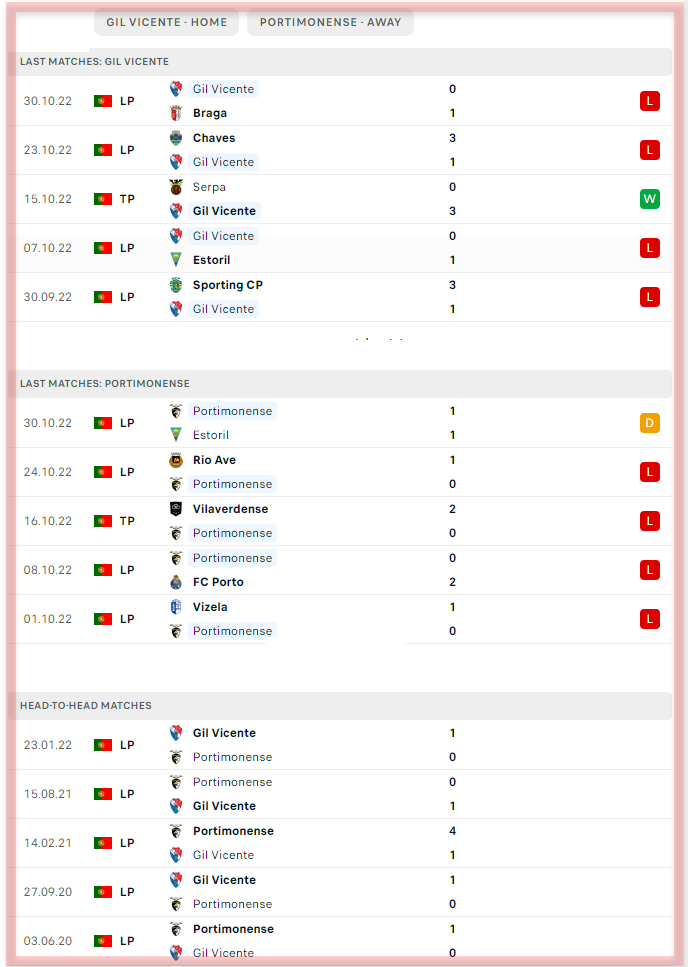