The hosts face a team that struggled to score last season in their home opener after qualifying for Europe and matching their best-ever result of fifth in the Portuguese premier flight.

Gil Vicente have a lot to live up to in the upcoming months after winning the Primeira Liga’s “best of the rest” competition last season despite finishing behind the pre-established top four.

The Galos were promoted to the first level in 2019, and after finishing in the middle twice, they won the Europa Conference League with 51 points from 34 games.

Ivo Vieira’s team played Riga FC in the opening leg of their third-round match at the Skonto Stadium in the middle of the week to begin their qualification campaign for Europe’s third-tier league.

Gil Vicente, who was down a goal going into the final half-hour, came back to tie the score thanks to Uruguayan forward Juan Manuel Boselli, and they now have a good chance of moving on after next Thursday’s second leg.

Pacos de Ferreira only managed to win nine games in a difficult 2021–22 season, earning just one point from their two league matches against Gil Vicente, and finishing stuck in mid-table.

The Pacenses scored goals at a pace of less than one per game, which destroyed any aspirations of contending for a spot in Europe and left them only nine points above the relegation zone when the season ended in May.

Cesar Peixoto’s expectations for a more cheerful strategy have been hampered by the absence of transfer action this summer.

In reality, a number of players have already left Estadio da Mata Real, including Brazilian attacker Denilson. Tiago Ilori, a seasoned defender who is joining on loan from Sporting, is one of the few additions thus far. 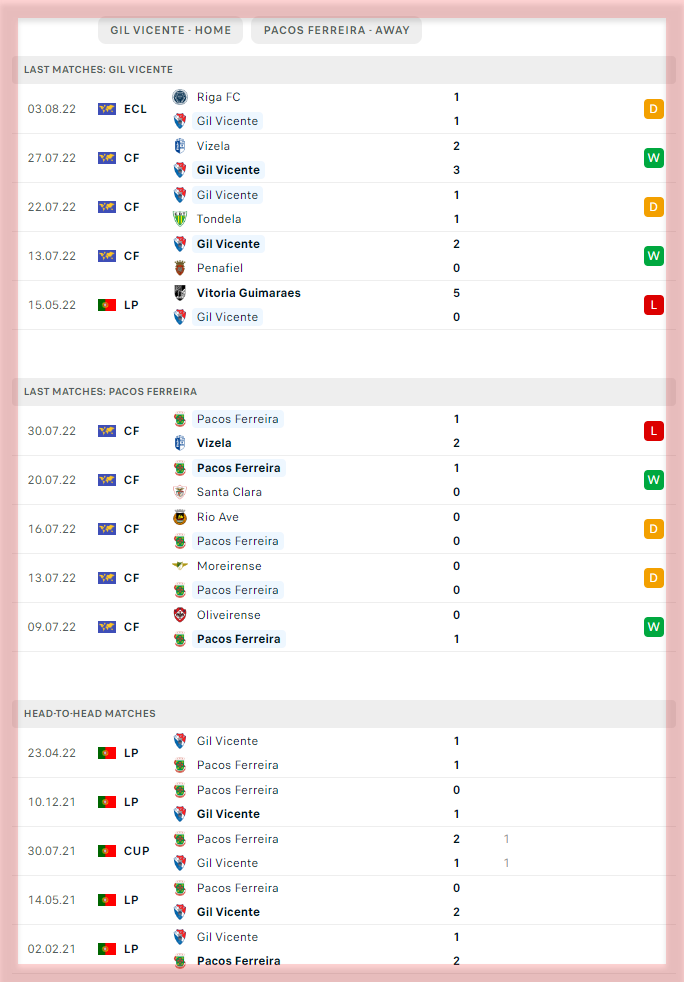