Gibraltar vs Andorra – Preview, and Predictions

Gibraltar vs Andorra – Gibraltar and Andorra will play at Victoria Stadium on Saturday to close out 2022. The hosts are 204th in FIFA’s world rankings, while the visitors are 151st.

Gibraltar won 2-0 over 10-man Liechtenstein in a friendly on Wednesday, their largest win since joining FIFA in 2013.

The British Overseas Territory’s previous six triumphs were all by one-goal margins, but Roy Chipolina and Liam Walker scored in the opening 21 minutes to lead them to a historic home victory, which was also their third versus Liechtenstein.

Gibraltar is aiming back-to-back wins for the first time since October 2018 on Saturday. Julio Cesar Ribas’ squad has only met Andorra once, in a goalless friendly in June.

Gibraltar could face future opponents again after finishing fourth in League C in September; a relegation play-off in March 2019 will decide their fate.

The Tricolors began 2022 with 1-0 friendly victory against St Kitts and Nevis and Grenada in March, and they will be eager to conclude the year on a high with a win against Gibraltar.

Marko Arnautovic scored the 87th-minute winner for the visitors, but Koldo Alvarez will take plenty of positives from keeping a nation 121 places above them for most of the contest.

Andorra and Gibraltar will play their final match until March 2019, when Euro 2024 qualification begins. Andorra lost 1-0 to Austria at home on Wednesday.

After Wednesday’s triumph over Liechtenstein, Gibraltar manager Ribas is unlikely to make many lineup changes, and Cadiz midfielder Nicholas Pozo earned his third international cap against Austria and might start on Saturday over Blackburn Rovers’ Louie Annesley.

Walker is scheduled to continue in the front three with Lee Casciaro and Tjay De Barr. Andorra captain Marcio Vieira is suspended after being sent off against Austria, and Jordi Rubio will likely replace him in midfield.

Ricard Fernandez and Alex Martinez both have one goal for their country, but they’ll continue to play together. These two teams are close; thus, a low-scoring tie is possible.

Both nations rarely have a chance to win, but they can be optimistic about Saturday’s match as they look to end the year on a high note. 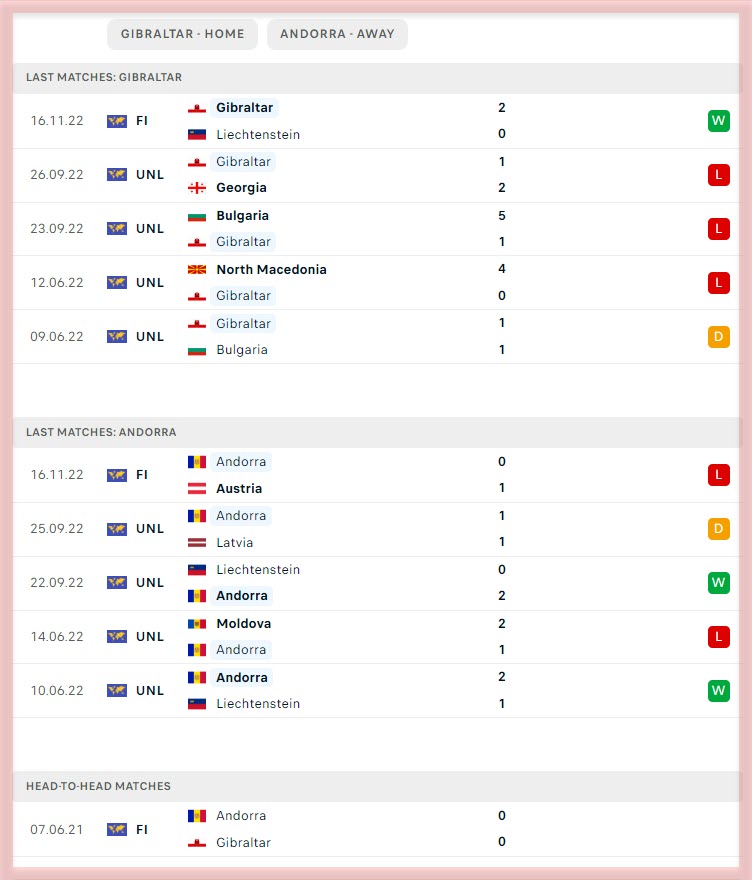