Getafe vs Cadiz – Preview, and Prediction

Getafe vs Cadiz – Both Getafe and Cadiz are counted amongst the worst teams in the Spanish top flight this season. These two are stuck in the bottom-most tier of the table at the moment, and as one would expect, they are letting in goals in huge numbers.

Cadiz are placed 19th in a table of 20, and all through the campaign they were able to register just two wins. And apart from the dead-last placed Elche, they let in the most number of goals in the tournament.

Going on, they won just once away from home in the current edition of the La Liga, and this sole win came against the struggling Valladolid.

It goes without saying that they are desperate to at least climb above the 18th spot, and to stay above the relegation cut-off.

It helps their confidence that they recorded a hard-fought win against former champions Atletico Madrid. This victory will surely give the drive for the team to go after even more wins, This weekend, expect their performance to reflect this victory over Atletico.

Meanwhile, Getafe are placed slightly higher on the table – at the 14th position. They registered three wins so far, and only one of these victories came in the past five game weeks in the La Liga. And incidentally, this sole win occurred against the dead-last placed Elche.

It appears that both teams are struggling at the moment, but they are willing to take their chances to post some much-needed points on the board, Expect a fierce encounter this Saturday between the two squads, and anticipate goals in huge numbers.

Getafe seldom kept clean sheets in the current edition of the La Liga, and they conceded goals in huge numbers even in front of their home crowd. They also won just once at home since the first week of April, and all along they struggled with their defense.

On the other hand, Cadiz won just twice since May, and it needs to be mentioned that they conceded seven goals from their past two matches. Considering these stats, it appears that chances are high for goals to come in plenty this weekend.

Getafe vs CadizHead – To Head 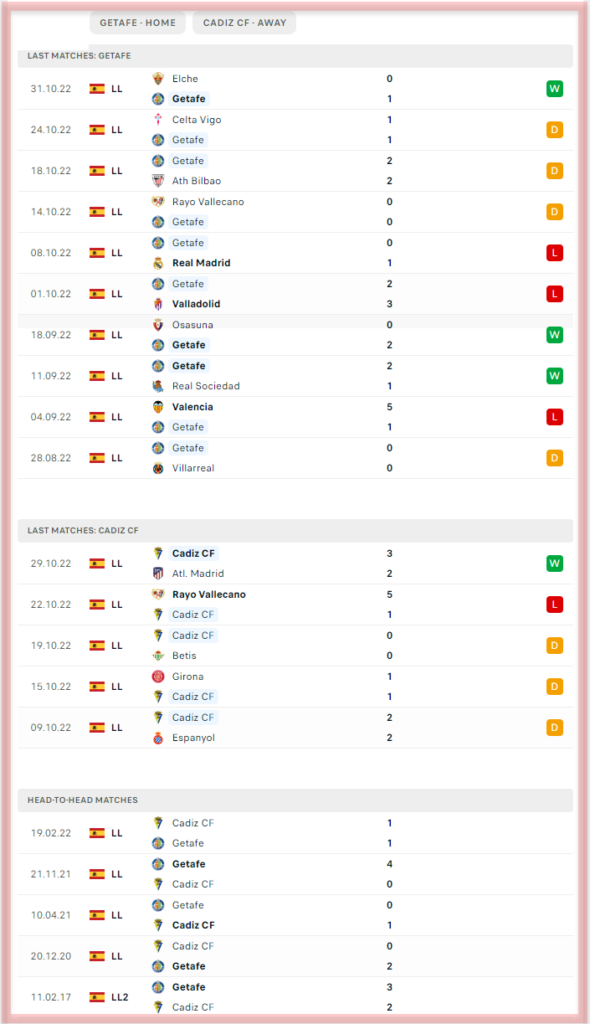