Getafe vs Barcelona – Preview and Prediction

The Catalan giants will try to win their third straight league game, but Getafe has won its last four games in Spain’s top division to move up to third place in the table.

There’s no getting around the fact that the Catalan giants have had a rough few weeks. Ousmane Dembele will be out for the rest of the season with another hamstring injury.

Barca’s current situation isn’t helped by rumors of trouble in the camp involving sporting director Eric Abidal and senior players, but there is still a lot for fans to be happy about as the season nears its end.

In fact, they are only three points behind La Liga leaders Real Madrid after winning their last two games against Levante and Real Betis. Lionel Messi had three assists in Barcelona‘s 3-2 win over Betis. It’s important for the Catalan giants to keep up with their Clasico rivals at this point in the season.

At the time this article was written, the club still hadn’t made an emergency signing to replace Dembele, but it was thought that a few names were in the running.

In the meantime, the Champions League will start up again later this month. On February 25, the first leg of Barcelona’s last-16 match against Napoli will take place.

Getafe, on the other hand, will give the champions a hard time this weekend. The Madrid team will go into the game having won four straight league games without giving up a goal. They beat Leganes, Betis, Athletic Bilbao, and Valencia.

The team coached by Jose Bordalas actually finished fifth in La Liga last year. They also won their Europa League group and will meet Ajax in the round of 32.

The team from the capital has done well again in the league. They are currently third in the table, three points ahead of Atletico Madrid in fourth.

Getafe would be only four points behind second-placed Barca if they won all three points this weekend. However, they haven’t beaten the Catalan giants in the league since November 2011, which shows how hard their task will be on Saturday.

Getafe vs Barcelona – Head To Head 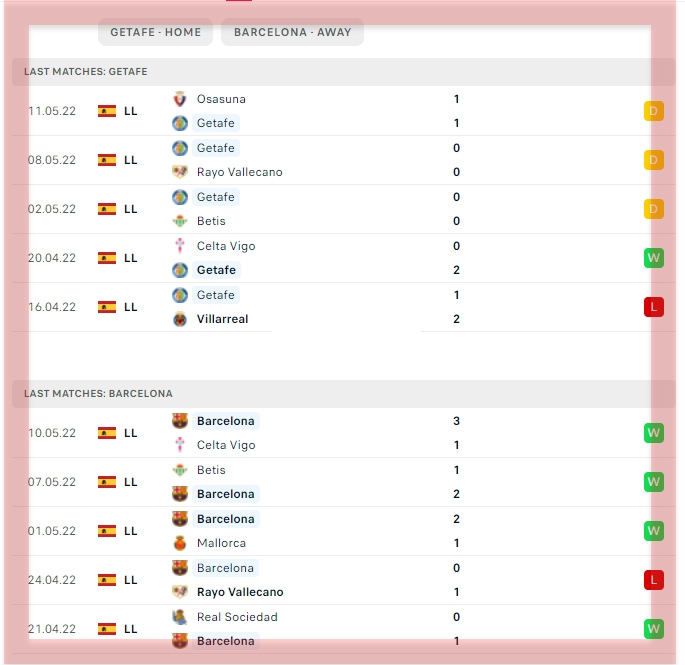