Genk vs St. Truiden -For the past few years, Genk has been one of the teams that has consistently maintained its place in the Belgian first division. St. Truiden, meanwhile, finished last season in the middle of the table.

Due to their poor goal differential at the end of the previous season, they were denied a trip to Europe. And based on the fact that they have avoided losing in five of the six games they have played so far this season.

Genk, meanwhile, appears to have continued from where it left off last season. After slipping to a close loss to Club Bruges in the opening game, Genk won five straight league games.

They have climbed to the league’s lofty top spot thanks to a total of 15 points from five victories. They have scored more goals than any other team in the competition, which is another noteworthy fact.

Given that the offensive line of his squad has scored at least twice in each of the six games in which they have participated this season, Vrancken might be overjoyed with their performance.

It appears that Genk and St. Truiden’s matchup in a Jupiler League matchup on Saturday will be a fascinating one.

Due to the fact that the Smurfs have recently been on a roll, it is possible that they will start out as the favourites for this match.

They have won their last four games at home in a row and have scored a combined total of 13 goals during this winning streak.

As the Smurfs are now riding a two-game winning streak in the league, they could prove to be a worthy opponent for Genk, who are currently on a roll.

Because of this, we anticipate a close contest between the two teams, with Genk emerging victorious once the referee has blown the final whistle. 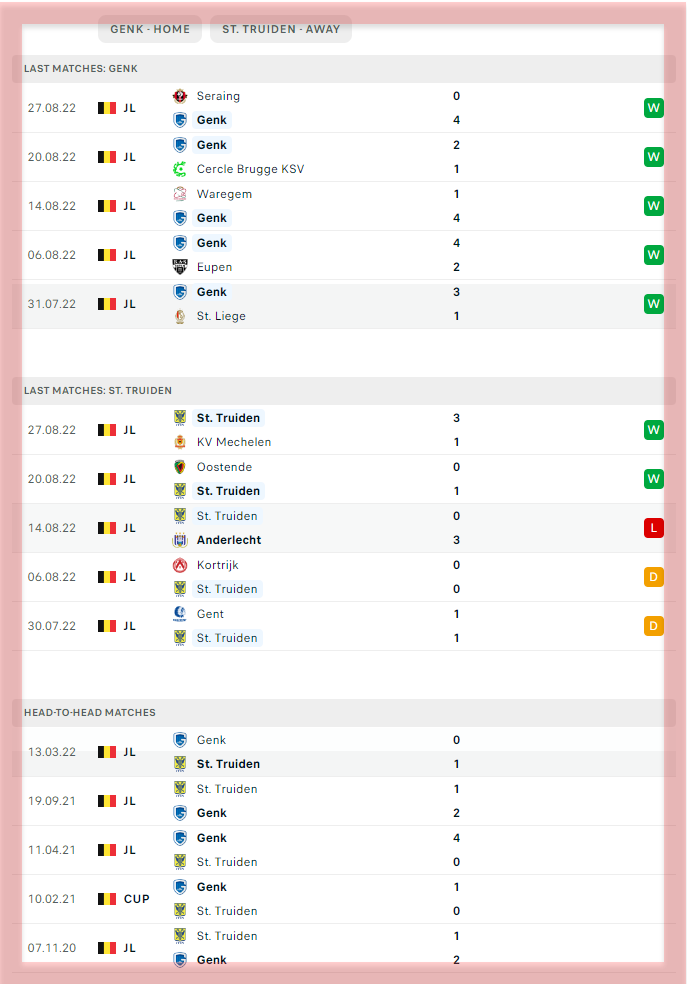