Galatasaray vs Alanyaspor – Preview, and Prediction

Galatasaray vs Alanyaspor – On Sunday, Galatasaray will play host to Alanyaspor in a Super Lig match at Nef Stadium. The past season has seen Alanyaspor in outstanding form. They had placed fifth in the standings, missing out on every European competition by just one point.

Additionally, they enjoyed a respectable opening to this season, going unbeaten in their first three games. The same wasn’t kept up any longer. Match by match, they are slipping down the table, and right now they are ranked 11th in the league.

Galatasaray, meanwhile, has continued where they left off from the previous season. They won their first game, lost their second, then won their third and have been playing in outstanding form ever since.

They had a winning streak of six games before to their defeat against Kayserispor in the previous encounter. They have a strong offensive line that can score at least two goals per game.

However, it has recently come to light that their defense has a few small flaws. From their defensive line, which let up at least one goal even in the games they won, it is reasonable to expect them to allow a goal. Since they avoided a loss in their previous two matches against Galatasaray, Alanyaspor can also draw on recent tradition.

Goals from both ends were scored in five of the previous eight meetings between these two sides. Over 2.5 goals have been scored in three of the last four games played here.

Galatasaray’s chances of winning are higher based on the current standings. Additionally, they lately had successful home performances. It’s interesting to note that in each of their past three home games, they have scored at least one goal in the first half. On the other hand, Alanyaspor enters this match with three straight road losses. In either of these games, they failed to score any goals. However, they will have opportunities to score in this game.

Galatasaray vs Alanyaspor – Head To Head 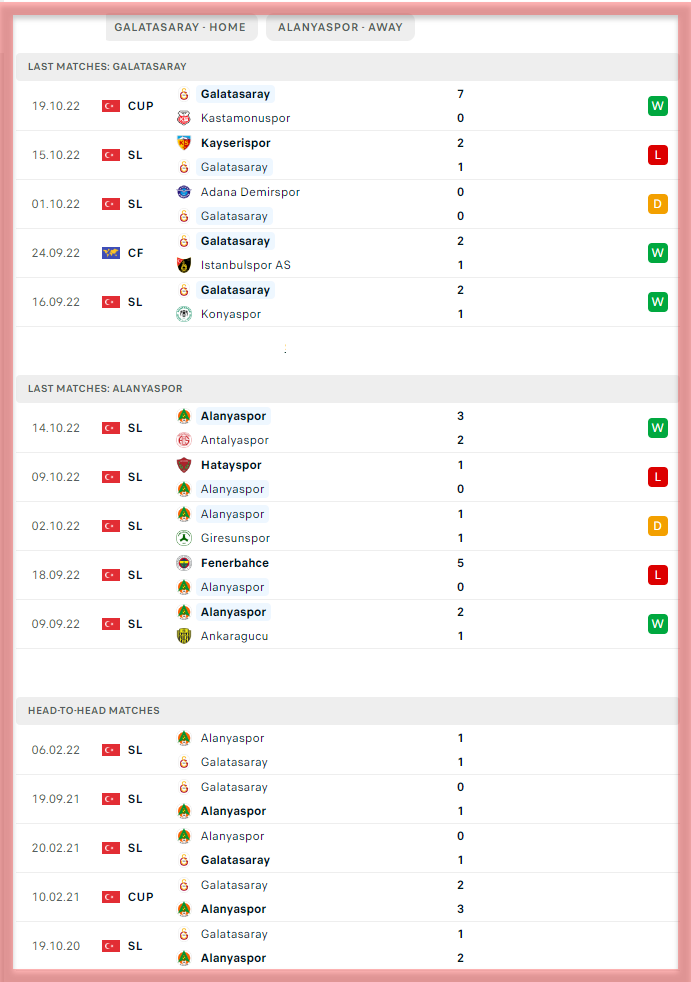