Fulham vs Everton – Preview, and Prediction

Fulham vs Everton – Fulham is now vying for a top-five spot and is in excellent form. They have recently been on a great run of games, especially at home. Everton, meanwhile, is currently among the PL’s weaker teams and has lost the majority of recent games as well.

They were only able to record three victories the entire season, and two of those came against weaker teams. Furthermore, they have been concerned about their road form for the past 12 months.

In fact, since November of last year, they have only managed to win twice away from home while continuously going on extended losing streaks. They have conceded many goals in nearly every one of their away games this season, so they have no confidence that they will have a chance on Saturday at Craven Cottage.

Fulham, meanwhile, has won their last two games and has scored five goals in that span. Additionally, they have only lost once at home this season across all competitions, and they have never failed to score here.

In fact, they had at least two goals in every home game they played in 2022–23, but for one. They also have a rather strong head-to-head record versus this competitor over the years. It appears like Fulham will win this coming weekend.

The most recent match resulted in a 0-2 victory for Fulham. Two of their last three matches were victories. In the previous three encounters, they scored two or more goals. In this stadium, the visitors haven’t recorded a clean sheet in 12 years.

This season, Fulham has scored a goal in every game they have played, including their encounter against Liverpool at the beginning of the year. They are on an amazing home run, and the last time they played for the Championship, they were even miles ahead of all the other teams.

On the other hand, Everton might be considered one of the worst travelling squads in the whole Premier League. And to make matters worse, in previous head-to-head matches, they performed quite poorly against this opponent.

Fulham vs Everton – Head -to- Head 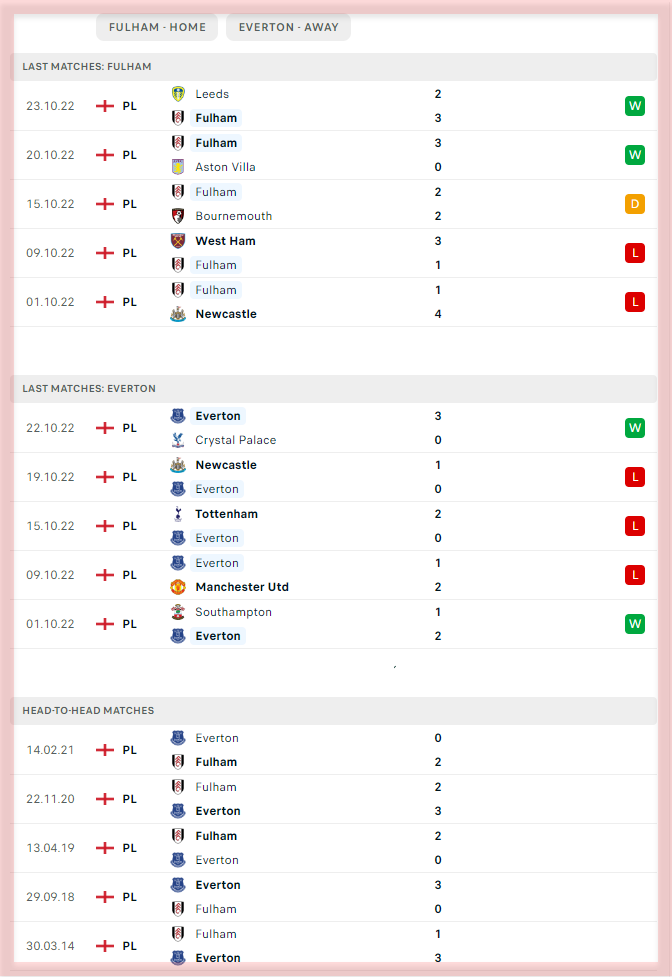