Fulham vs Chelsea – Preview, and Prediction

Fulham vs Chelsea – After losing to Tottenham Hotspur 2-1 in their previous Premier League match, Fulham won’t want a recurrence of that performance tonight. In that game, Fulham had 48% of the possession and 3 of their 9 shots on goal were successful.

Aleksandar Mitrovi (83′) was the sole player for Fulham to register a goal. Tottenham Hotspur had 23 shots on goal with 10 of them being on target at the other end. Harry Kane and Pierre-Emile Hjbjerg each scored goals for Tottenham Hotspur.

In recent years, Fulham has kept a clean sheet far too infrequently. In fact, Fulham has conceded 9 goals while failing to stop opponents from scoring in 5 of their last 6 games.

Chelsea and its travelling supporters are hoping for a better outcome after losing their previous Champions League match against Dinamo Zagreb. Chelsea had 68% of the ball during that game and attempted 15 goals, scoring three of them.

Three of Dinamo Zagreb’s six shots on goal were on target. Dinamo Zagreb scored through Mislav Ori (13′). A minimum of three goals have been scored in five of Chelsea’s previous six matches.

The aggregate average of goals scored during that span of time is 2.83, with Chelsea scoring an average of 1.17. While that would be interesting, we’ll just have to wait to see if it continues in the following game.

Thomas Tuchel, the manager of Chelsea, is currently concerned about some player fitness. The team sheet will not include N’Golo Kanté (muscular issues) or Pierre-Emerick Aubameyang (head injury).

We think it will be difficult for Fulham to score against this Chelsea team, who we think should be able to score themselves in a successful performance. Therefore, we predict a fiercely contested match that Chelsea will win 0-1 after 90 minutes.

Fulham vs Chelsea – Head -to- Head 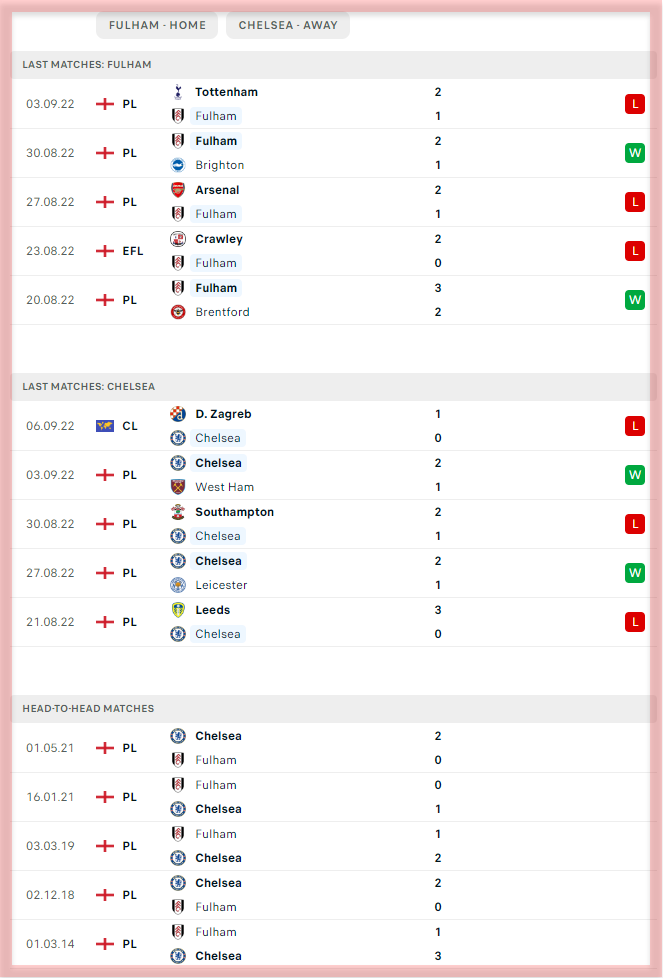