Frosinone vs Cagliari – Preview and Prediction

Frosinone vs Cagliari – The top of the standings is solidly occupied by Frosinone, who have unquestionably been the finest of the bunch. They are at home and have a strong winning streak. Cagliari, meantime, is having a very bad run of success; in the previous five matchdays, they have only managed one victory.

Throughout the entire campaign, they were only able to win four times, and only one of those victories occurred on the road. It should be emphasized that Benevento, who are currently in the relegation zone, was the opponent in this lone victory.

Frosinone, however, has the top defense in the entire competition and is the only team in the entire league to have won each of the previous five games. In fact, every other team has let up more than ten goals, whilst they have only allowed seven thus far.

Most importantly, they have started the current season of Serie B with a perfect winning record at home. In fact, they managed to record victories to 0 in addition to victories in each of their home games up until this point.

It should go without saying that the Tops are unquestionably the favorites to win on Sunday at home.

Frosinone are on a perfect winning streak in the past two months, and they let in a single goal in the past whole month. Moreover, they have a 100% winning record at home in all competitions this season, and they are yet to let in a goal at this ground too.

On the other hand, Cagliari have a single win to their name in the past two months, and they also let in two or more goals in two of the former four fixtures.

Frosinone vs Cagliari – Head -to- Head 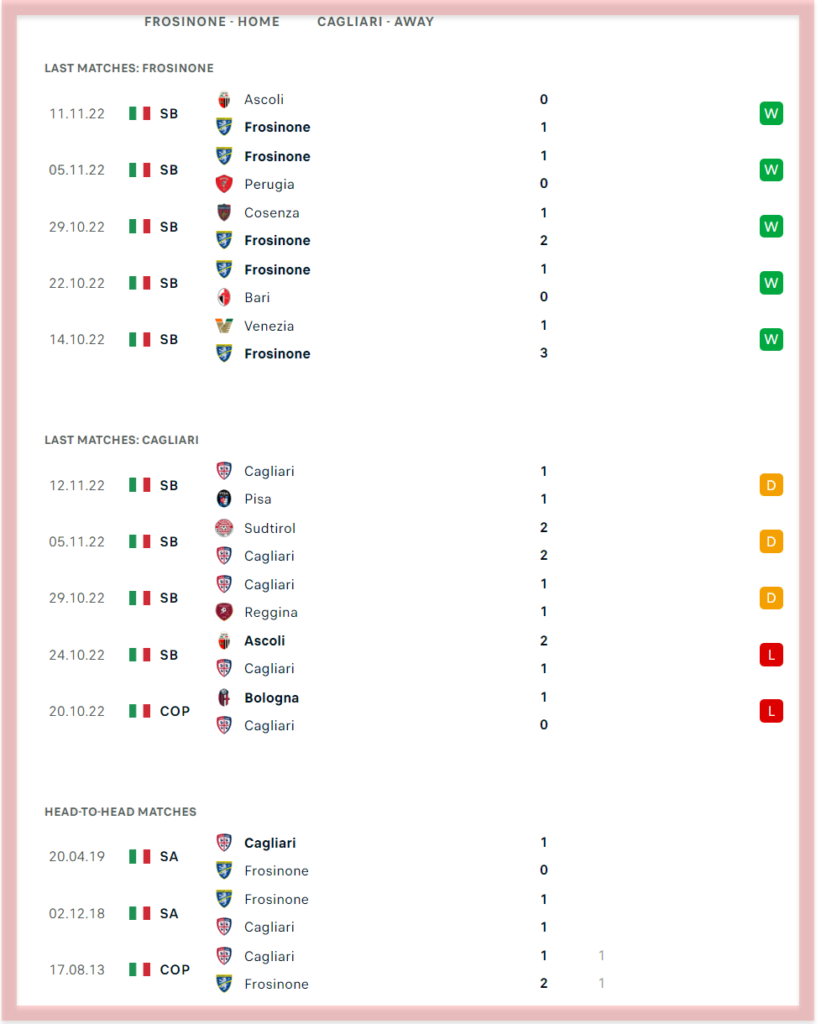