Freiburg vs Qarabağ – Preview and Prediction

Freiburg vs Qarabağ – Freiburg, who defeated Bayer Leverkusen 2-3 in Bundesliga 1, will look for a similar outcome after winning their most recent match.

Freiburg enjoyed 50% of the possession in that game and 4 of their 6 shots on goal were on goal. Matthias Ginter (48′), Michael Gregoritsch (51′), and Ritsu Dan (72′) scored goals for Freiburg.

Freiburg has had little trouble finding the back of the net, scoring in each of their last 6 games. They have accrued 12 at that period while also giving up a total of 6.

Qaraba will enter this match with a 0-1 Premyer Liqasi victory over Kpz in their most recent match. Riçard Almeyda was the lone scorer from Qaraba (44′).

The Qaraba defense has put up a string of outstanding performances, leaving them with a combined goal conceded total of 3 from their past 6 games.

Within the same time frame, their own offensive force has accrued 11 points. Though it’s possible that this pattern won’t continue.

Christian Streich, the manager of Freiburg, will be without the services of players Kevin Schade (Abdominal Strain), Roland Sallai (Fractured Eye Socket),

Manuel Gulde (Ankle issues), Kimberly Ezekwem (tendon irritation), and Lucas Holer (Metatarsal Fracture). The only fitness issue that the Qaraba gaffer Gurban Gurbanov needs to be concerned about is with one of the players,

and the rest of the team is healthy and ready to play.  Due to a leg injury, Kevin Medina will not be participating in today’s game.

Freiburg vs Qarabağ – Head -to- Head 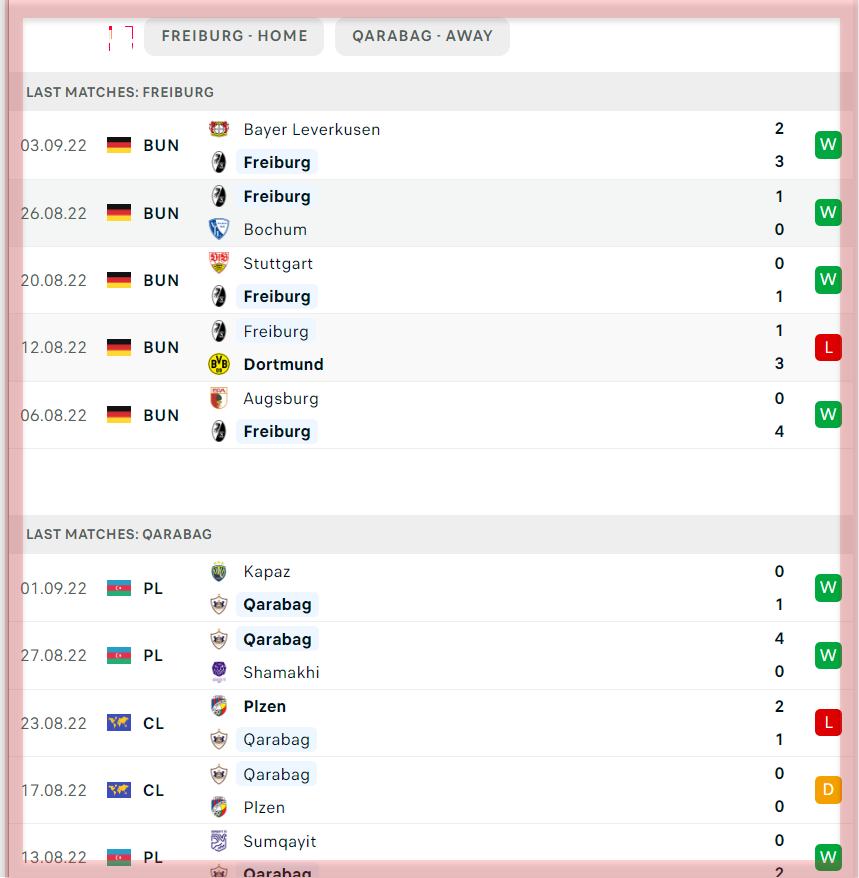