France vs Poland – After losing to Tunisia 1-0 in the World Cup match last time around, France will be hoping for a better outcome this time.

In that game, France had 66% of the possession and 10 shots, three of which were on goal. Tunisia had five shots on goal at the other end, and three of them were successful.

Tunisia’s goal came from Wahbi Khazri (58′). In recent years, France’s defensive steel has been all too infrequent. They will be concerned that France’s defense has been breached in 5 of their last 6 games, allowing 6 goals in that span.

Poland and their traveling supporters will be looking for a better outcome in this one after losing their most recent World Cup match against Argentina.

Poland possessed 27% of the game’s possession and 4 shot attempts, but none of them were successful. Argentina’s opponents had 23 shots at goal, 12 of which were on target.

Argentina’s goals came from Julián Lvarez (67′) and Alexis Mac Allister (46′). There haven’t been many goals scored between Poland and their opponents in 6 of the last 6 games featuring Poland.

There were just 1.33 goals scored on average per game over that time span, with 0.67 of those goals coming from Biao-czerwoni. Aside from historical outcomes, we’ll just have to wait and see if that pattern will continue in this upcoming match.

France will likely create opportunities to score more once when they play Poland in this game because Poland may find it difficult to score on their own. As a result, we predict that France will lead 2-0 after 90 minutes. 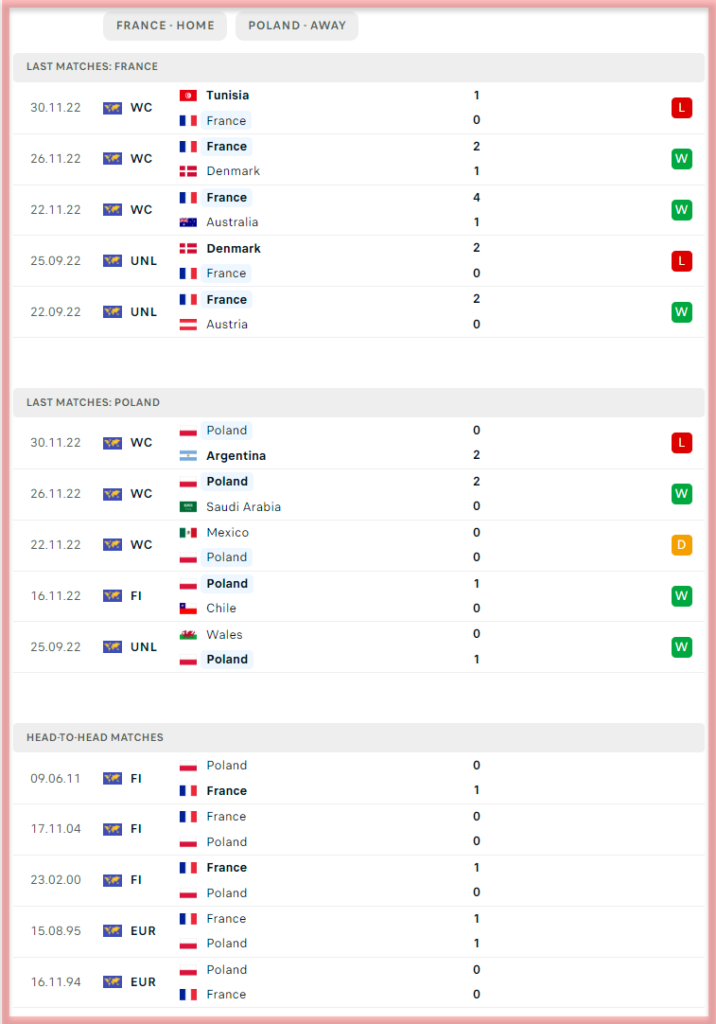