France vs Denmark – After defeating Australia 4-1 at the World Cup, France will be hoping for a repeat of their previous performance. France had 63% of the possession in that game and made 23 attempts on goal, four of which were successful.

Australia scored in the ninth minute through Craig Goodwin. France hasn’t been able to hold out for a full 90 minutes very frequently lately. In fact, France has conceded 7 goals in 5 of their last 6 games as a result of goals against.

Denmark and Tunisia drew 0-0 in their previous match during the World Cup. Denmark had a 61% possession advantage and 11 shots on goal, but none of them were successful.

The Danish defense has put in a string of solid performances, with the total number of goals they have allowed during their last six games standing at 4.

Their own forwards have managed to score seven goals over that time. But there’s no guarantee that tendency will continue into this game.

The score of the most recent league meeting between these clubs was Denmark 2-0 France on September 25, 2022, during Nations League Match Day 6.

France, on the other hand, had 17 shots on goal, with 7 of them going in.
We believe that against this France team, who we believe will win the game, Denmark will have their work cut out for them in terms of scoring goals.

Therefore, we anticipate a closely contested match that ends with France prevailing 1-0. I’m interested to see how this one turns out. 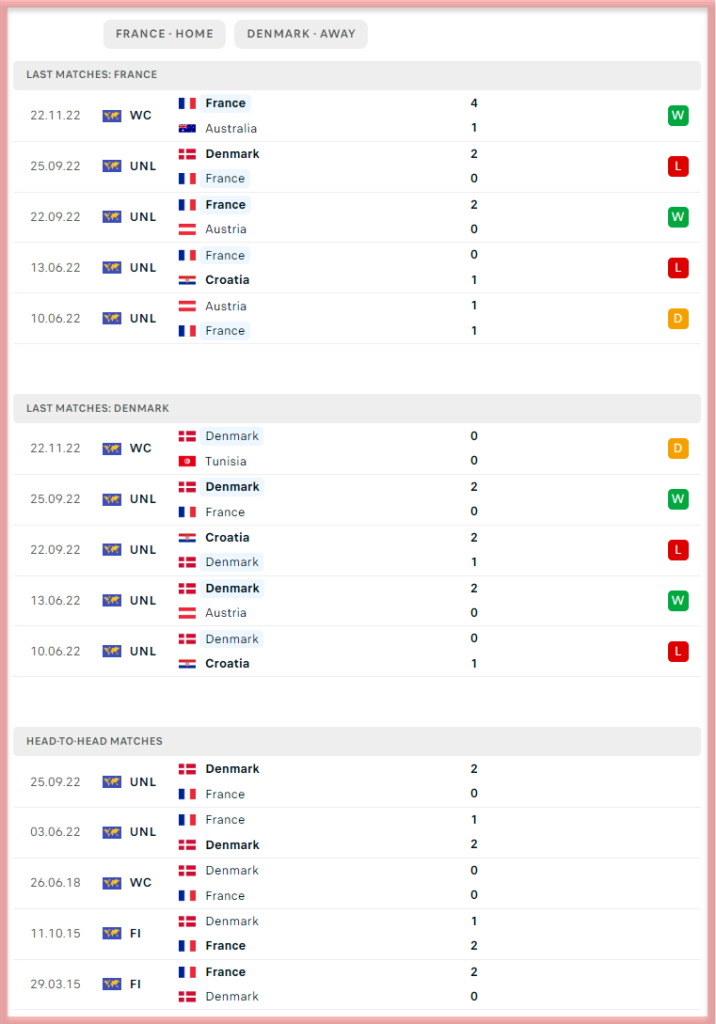