Forest Green vs Exeter – In their most recent match, Exeter and Forest Green both lost. This weekend’s early kickoff match will now take place at The New Lawn. It’s interesting to note that both clubs lost their respective prior games by a score of two goals. The hosts are additionally having a bad season. In their last nine games, they have dropped five of them.

They lost their most recent league game in agony after giving up a last-second goal. The two-game winning streak for Rover was broken by Farrend Rawson.

The visitors, on the other hand, have dropped their past two league games. They are now listed on the table in the fifteenth position. Burton just defeated the current visitors by a score of 2-0 in a league match. The two goals were scored by Deji Oshilaja and KD Davis within a five-minute span.

In that game, the visitors had two shots that were on goal. However, they were unable to even once locate the net’s back. Manager Matt Taylor will attempt to regain the winning momentum against this team after two straight losses in League One.

This season, the host has given up 18 times. They have lost 55% of their league games as a result of this, among other things. As a result, they will struggle at home. Additionally, Matt Taylor’s squad is averaging 1.33 goals per game thus far this season. As a result, we may anticipate that they will control this game.

Exeter will win this match, according to our prediction; the odds are 2.30. This is after taking into account the fact that the guests have triumphed in three of the last seven meetings between Forest. In addition, they have won all eight of their games. The second prediction we’re making for this game is that Jewani Brown will score at any point, with a 3.60 odd. In his last eight games this season, he has three goals. 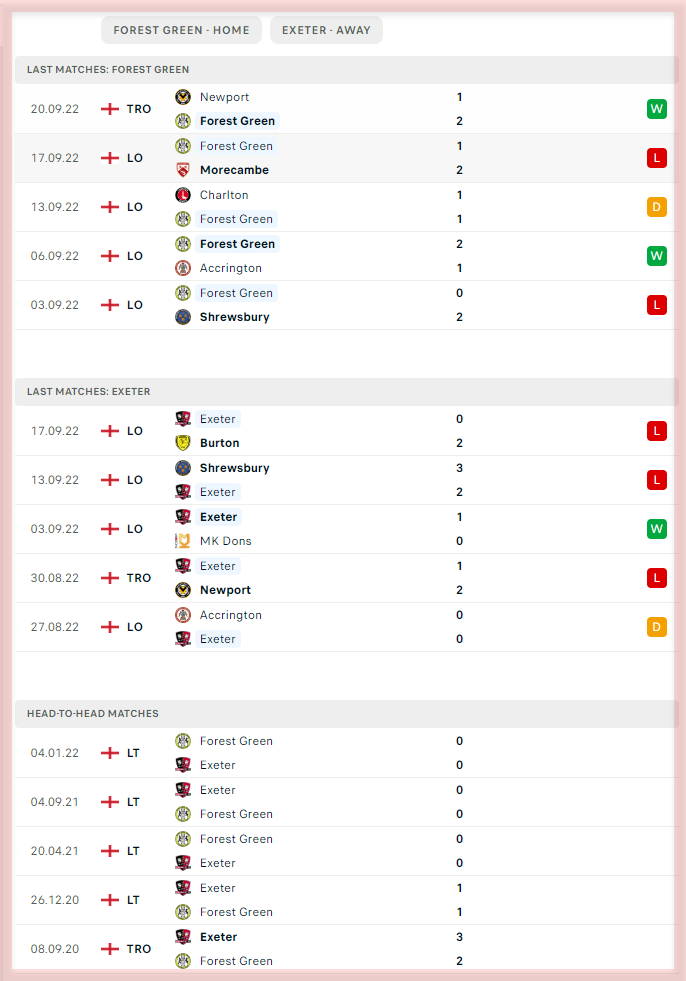