Finn Harps vs St Patrick’s – With 20 points and four sides separating them in the League of Ireland Premier Division, Finn Harps and St Patrick’s Athletic will square off at Finn Park on Friday.

Following their win over University College Dublin, their visitors are in fourth place and within striking reach of the top three, while their hosts are in a relegation playoff spot.

Finn Harps have had a difficult start to their League of Ireland Premier Division campaign, with just two points from their first five games. A first win of the season against Shelbourne briefly stemmed that skid, before the Harps had to wait another six games for their second and most recent triumph, as they again bettered Shelbourne.

Since that second three-point haul, Ollie Horgan’s team have failed to add another notch to their wins column in six attempts, as they firstly suffered four straight defeats at the hands of Shamrock Rovers, University College Dublin, Drogheda United and Dundalk.

In their latest outing, the Harps traveled to take on Sligo Rovers and were defeated 3-0 by a brace from Aidan Keena and a goal from Karl O’Sullivan, which ended their losing streak after a tie against Derry City.

With 17 games left, Horgan’s men remain two points ahead of UCD in the table, but they are now 10 points adrift of automatic safety. This means that if they want to avoid a playoff with their top-flight status on the line, they will need to turn their form around quickly, which is why they will be desperate to win again on Friday.

Their visitors, however, find themselves in a different tussle, as a vital win has moved St Patrick’s Athletic within three points of the top three. A rather good start to the campaign saw the Saints on 23 points from 14 matches, however back-to-back draws were followed by a defeat to Shelbourne.

A Tunde Owolabi hat-trick helped Bohemians to a 3-0 win before they were narrowly defeated by second-placed Dundalk last season’s second-placed side bounced back.

Last time out, they were able to quickly return to winning ways thanks to a 2-1 home victory over struggling UCD thanks to a brace from Eoin Doyle.

With that win putting St Patrick’s three points behind a collapsing Derry City side, they will attempt to crank up their pursuit of the top three with a second straight victory on Friday. 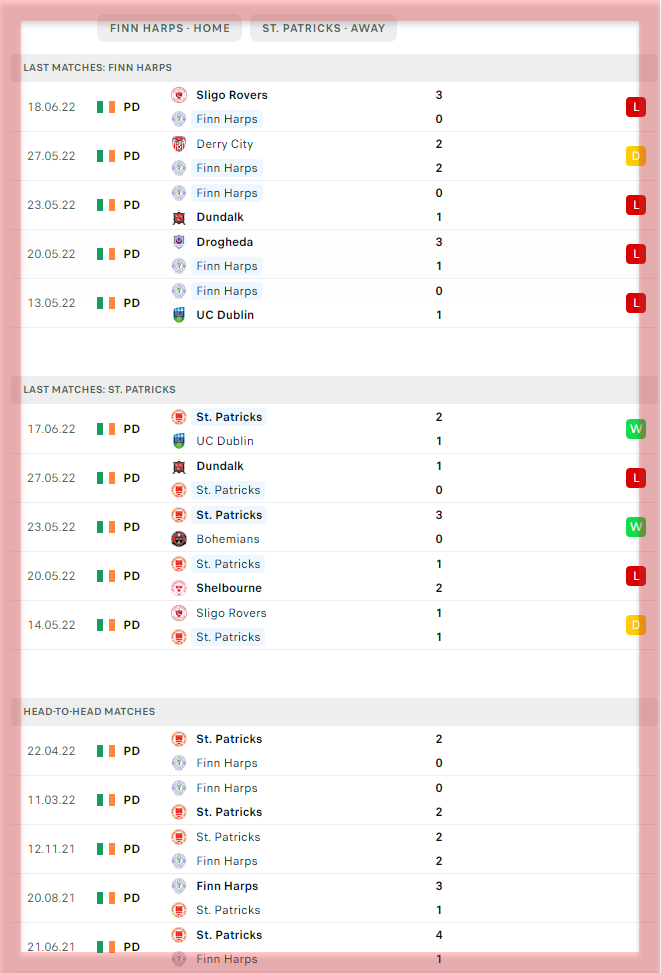