Finn Harps vs Drogheda – Finn Harps’ season got off to a terrible start. They continued to do the same in the league, lowering themselves until they were seated at the very bottom of the standings.

The fact that they have a terrible offensive and defensive lineup only makes the slump worse. Drogheda, however, had a rather erratic start to this season.

They frequently record performances that are winless. They now occupy the eighth position on the table, just above the area designated for relegation.They also have a terrible defensive side.

The current unbeaten run between Drogheda and Finn Harps spans six head-to-head contests, with the both teams to score option being successful in four of the six games.  Their most recent meeting here resulted in a 2-2 tie.

Looking at Finn Harps’ most recent recordings, we can see that they consistently record negative displays. They have lost all five of their recent games and have gone 12 games without a victory in all competitions.

Finn Harps also has the same unattractive form at home. They haven’t won at home in six games. In three of their last four home games, their defence has allowed two or more goals as well.

On the other hand, Drogheda’s most recent league match saw them draw 1-1 at home with UC Dublin. In the previous eight league games, they had gone undefeated six times.

Additionally, they appear to have recently strengthened their defence. Drogheda currently has a winless road record that is variable.

They have currently played six road games without a victory. In any case, three of them had drawn results. With the help of the aforementioned statistics, we are persuaded that the visiting Drogheda will defeat the Finn Harps since they are in better shape overall. 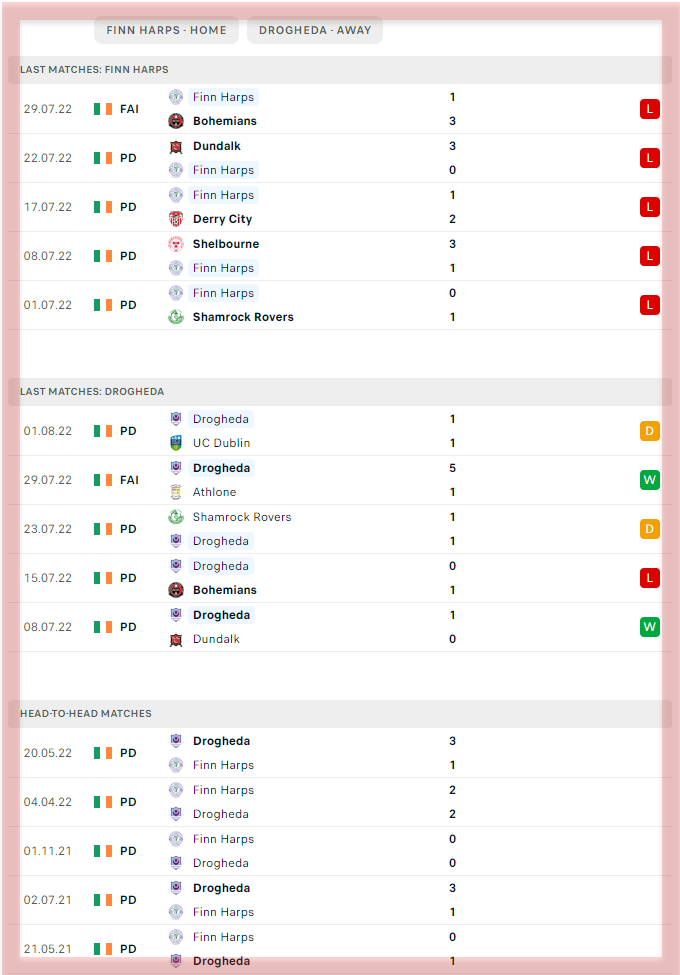