Feyenoord vs Slavia Prague – Slavia Prague’s grueling schedule continues tomorrow afternoon when they travel to Rotterdam to face Feyenoord in the opening leg of the UEFA Europa Conference League quarterfinal.

On Sunday, the Czechs played the toughest local game possible, drawing 1-1 on the road against primary championship contenders Viktoria Plzen.

On this occasion, the team commanded by Jindich Trpisovsky was unlucky to concede the late equalizer eight minutes from time.

With only three games remaining, the stalemate left Slavia Prague one point behind Plzen at the top of the Czech Liga rankings.

Slavia Prague’s players may be affected by such a difficult encounter, both physically and psychologically, ahead of another tense tie against Feyenoord. Interestingly, in this round of the competition, these two teams were pitted against one other in the same group.

Feyenoord came out on top, with four victories and two draws from six games. If we consider that Union Berlin was also in the group, Arne Slot and his guys had a more than impressive run.

Feyenoord proved their strength in the Conference League’s final 16 round, scoring eight goals in two legs against Partizan Belgrade.

Unlike their opponents, Slot’s team had an easy game over the weekend, defeating Willem II 2-0 at home on Saturday evening.

Lately, Feyenoord has been scoring goals for the sake of scoring goals. They scored two goals in each of their past three Eredivisie games, and eight goals in two UEFA Europa Conference League R16 matches against Partizan Belgrade.

Finally, in the group round of the competition, Feyenoord scored two goals in both of their meetings with Slavia Prague. At 1.70 odds, you may back the hosts to win. 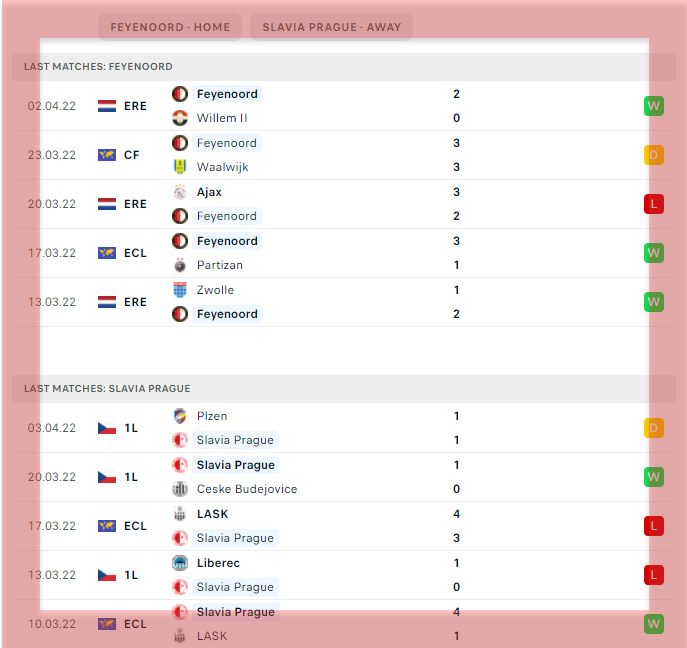