Fenerbahce vs Fatih Karagumruk – Fenerbahce has been in excellent form this season. Their excellent form has propelled them into the top half of the standings. If Fenerbahce wants to qualify for the Champions League, they must win their remaining matches. With 69 points from their matches, the team is currently in second place in the league rankings. The club is now undefeated in their last twelve games.

Fenerbahce’s most recent match was against Besiktas. Both clubs scored one goal apiece, and the game ended in a 1-1 FT draw. Faith Karagumruk has performed admirably in recent matches. The team has six wins, two ties, and two losses in its previous ten games. The club has also gone undefeated in their last five games. With 56 points from seven matches, they are currently in sixth place in the league rankings. With only two games remaining, the squad can still play in the Conference League if they win both of their remaining games.

Faith Karagumruk has won three straight matches after defeating Goztepe in the most recent match. Karagumruk scored three goals in the encounter, while Goztepe only managed one, resulting in a 3-1 final score.

Fenerbahce has the benefit of playing in their own stadium in this match. The club has won its previous four home games in a row, scoring over 1.5 goals each time. The team’s three-game losing streak came to an end with Faith Karagumruk’s victory in the most recent match. Even in away encounters, the club has showed volatility in its victories. According to the statistics, Fenerbahce is the most likely to win the match. We can also anticipate the team scoring more than 1.5 goals in the match. 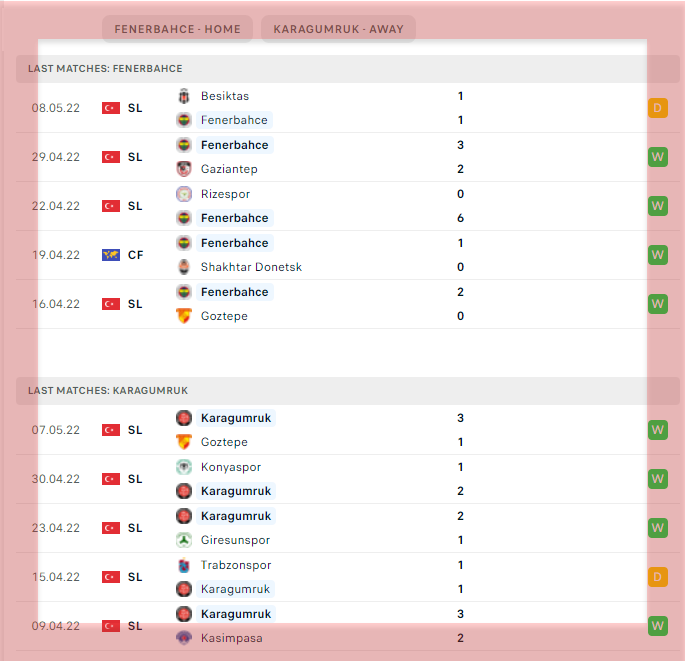