FC Sheriff vs Omonia Nicosia – All that is left for either Sheriff or Omonia now that they have both been eliminated from the Europa League is a third-place finish, which would earn them a spot in the Conference League.

It will be a difficult challenge for Nicosia, though. They already occupy the lowest spot, and they have a 100% losing record. They currently need a victory on the road, and not just any victory; they need a victory by a margin of at least four goals.

The reason for this was that previously in the season, Sheriff had won the reverse match 0-3. After this triumph in the opening, Tiraspol did indeed go on a losing skid, but that was for good reason.

They had to compete against teams like Real Sociedad and Manchester United, who are heavyweights in their own domestic divisions and very possibly the finest in Europe.

Despite their missteps against the Red Devils and Sociedad, it is important to note that Sheriff are in good form. Omonia is currently experiencing protracted losing streaks in every game.

They are conceding a tonne of goals, and they have been particularly disorganized on the road. They must forgo defence in this situation and immediately pursue goals.

At the very least, they need to win by four goals. And on Thursday, their problems will precisely be brought on by this pressure. Sheriff will take advantage of their opponents’ despair

Sheriff won 0-3 in their lone meeting with the other team, and Sheriff have recently produced some excellent performances and have been scoring routinely.

Their confidence and performance this Thursday will only increase with the possibility of moving on to the knockout rounds of a European competition. They do have the luxury of losing by a margin of two goals.

Omonia, on the other hand, must defeat this week’s opponent by at least a score of 0–3, despite the fact that they have already scored three goals in their five group stage games. Absolutely anticipate Sheriff winning this Thursday. 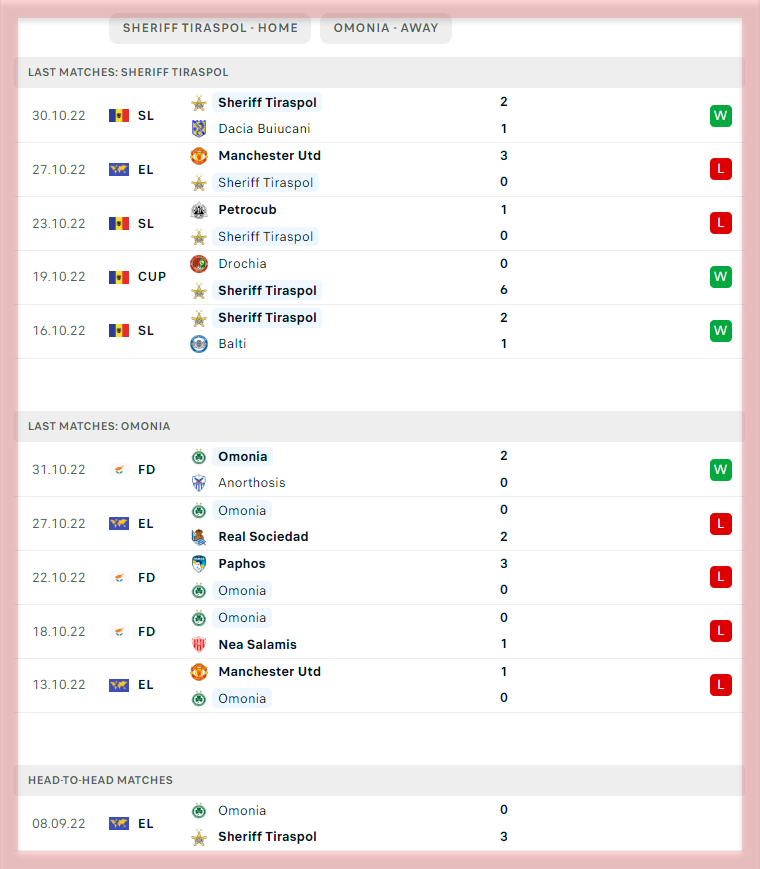