FC Seoul vs Ulsan Hyundai – Football Club Seoul’s season has started out ordinary. Until today, they had been filmed doing the same. The 21 points they gained allowed them to rise to sixth place in the league. Because of this, they have a decent attacking line-up but a poor defense.

FC Seoul beat Suwon 1-0 in their most recent league match on the road. For the second time in their last five league games, they came out on top. More of those will be needed to earn a higher position on the table.

Ulsan Hyundai, on the other hand, is off to a fast start this season. They kept up the good work, securing victories at a steady clip to rise to the summit of the K League 1 standings by a hair’s breadth this season.

When Jeonbuk came to town, Ulsan Hyundai lost for the second time in the league this season. Until they suffered the aforementioned defeat in the league, they had gone five games unbeaten. As a result, they’ll do whatever to get back to their perfect record.

In previous meetings between the two teams, Ulsan Hyundai has always come out on top. FC Seoul has not beaten Ulsan Hyundai in 13 meetings in the head-to-head series.

In four of the previous five head-to-head encounters between these teams, the BTTS and Over 2.5 goals options were successful. FC Seoul is currently without a winning record in their own backyard.

They’ve gone two league games without a win at this location, and they’ve been surrendering goals at a high rate. As a counterpoint, Ulsan Hyundai’s road performance is fantastic right now.

Since the start of the season, they have won all three of their away league games by scoring two or more goals. As if this weren’t enough, Ulsan Hyundai has an excellent record versus FC Seoul. As a result, we believe Ulsan Hyundai will win on Wednesday. 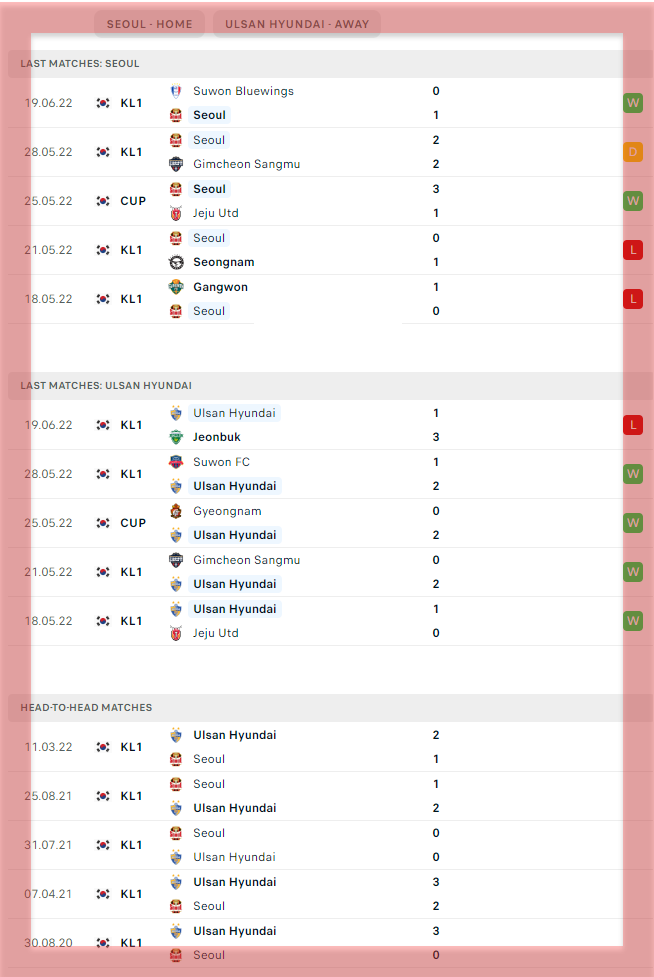