FC Koln vs Arminia Bielefeld- Following back-to-back victories over Mainz and Monchengladbach in the previous two rounds, FC Koln entered the race for European rankings.
With only four games remaining, Steffen Baumgart’s Billy Goats are only one point behind Union Berlin in sixth place, and European football is now a possibility.

FC Koln has been firing on all cylinders up front recently, scoring three goals in each of their previous two games.

Last Saturday, Anthony Modeste broke the deadlock in the fifth minute of the match against Monchengladbach, bringing his league record to 16 goals.

Marc Uth produced two assists, while Florian Kainz, a midfielder, scored a goal and assisted on the occasion.

FC Koln will face relegation-threatened Arminia Bielefeld at RheinEnergieStadion on Saturday afternoon, and they will have a wonderful chance to keep up their incredible attacking record.
These days, the guests aren’t uprooting any trees. In their previous seven Bundesliga games, they had only one point.

Throughout the season, Bielefeld’s biggest issue has been a lack of attacking inventiveness. With 23 goals in 30 games, they have the league’s worst attacking record.

Everything points to a home win here, and it’s difficult to see anything other happening on Saturday afternoon at RheinEnergieStadion.
FC Koln is expected to dominate from tip to finish, resulting in a comfortable victory over their struggling opponents. We also like the 1.95 chances on Anthony Modeste scoring at any time past Bielefeld’s porous defence. 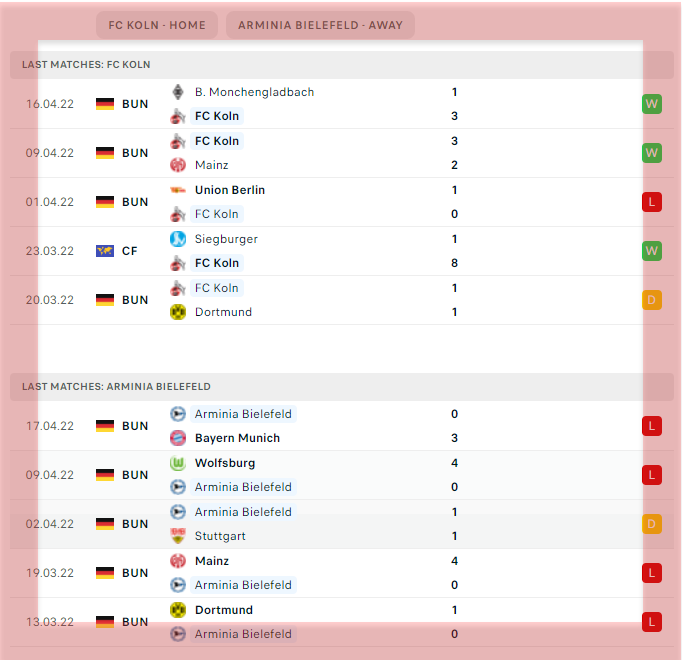