FC Eindhoven will be looking to build on their 1-0 Eerste Divisie victory over MVV from the previous match.

The FC Eindhoven backline has shown a lot of resilience recently, as evidenced by their recent results. FC Eindhoven has offered the opposition very little, with only two goals scored at their end in their past six games.

FC Eindhoven had not lost in their previous six league matches at home coming into this encounter.

Excelsior will be looking to make apologies after losing their last game in Eerste Divisie action to FC Emmen.

Excelsior has been scored against in five of their previous six games, with their opponents scoring a total of 12 goals. Excelsior’s frailties have been revealed in the rear. Regardless, we’ll have to wait and see if that pattern repeats itself in the following game.

An examination of their previous achievements 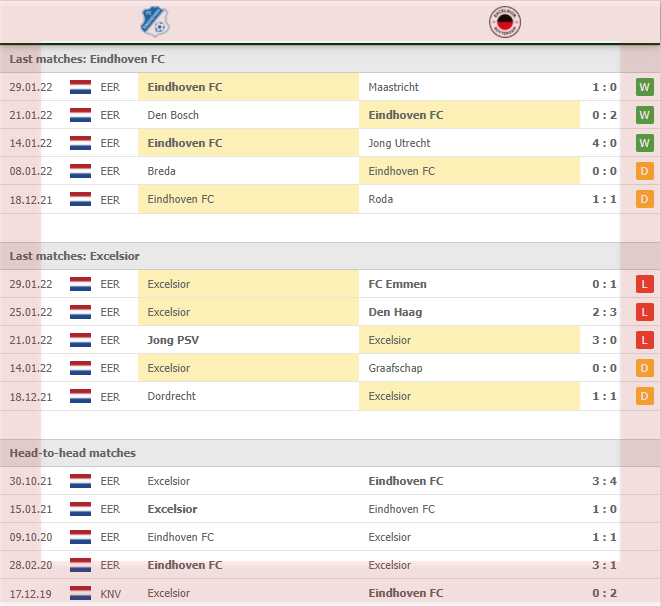