FC Copenhagen vs Silkeborg – With three games left, Copenhagen is clinging to first place. However, they only lead by one point above second-placed Midtjylland, who are in significantly better form.

The tops must win on Wednesday. But they face third-placed Silkeborg, who have been on a tear recently. In fact, their recent form makes them the competition’s best squad. They have a long winning streak and score goals prolifically. Both clubs will be aiming for victory on Wednesday, with goals predicted from either end.

Copenhagen had won nine of their last twelve home games and scored two or more goals in seven of those games. Silkeborg, on the other side, is on a 6-game winning streak, scoring 15 goals. Notably, they have only lost twice on the road in the last eight months.

Moreover, these two clubs have had many goal-fests in their past meetings, and the same is predicted on Wednesday. 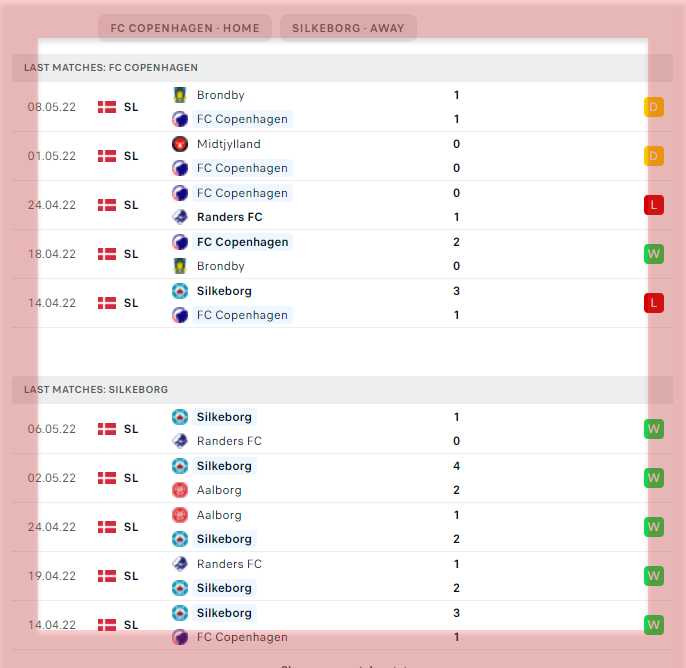