FC Copenhagen vs Silkeborg -After losing to FC Nordsjaelland 3-1 in the Superliga, FC Copenhagen won’t want a recurrence of that performance here.

In that game, FC Copenhagen had 56% of the possession and 4 of their 11 shots on goal were successful. Pep Biel (99′) was the FC Copenhagen scoring.

FC Nordsjlland made 12 tries on goal with six of them going in the net at the other end. FC Nordsjlland scored goals through Andreas Schjelderup (11′), Mohammed Diomande (25′), and Oliver Antman (91′).

In five of the last six games involving FC Copenhagen, at least three goals have been scored per game. In this era, opposition teams scored 8 of them, while FC Copenhagen managed to score 11.

All that remains to be seen is whether or not that pattern will continue in this game. Silkeborg IF and their travelling supporters will be looking for a better outcome in this one after suffering a defeat in their previous Superliga matchup against Odense BK.

In that contest, Silkeborg IF had a 63% possession advantage and made 16 attempts on goal, four of which were successful. Sebastian Jrgensen was the lone scorer for Silkeborg IF (22′).

The numbers don’t lie, and Silkeborg IF has allowed goals in 5 of their last 6 games while having 7 goals scored against them altogether. There is undoubtedly space for improvement on defence for Silkeborg IF.

The previous 15 league meetings between Silkeborg IF and FC Copenhagen had all been played away from their home stadium. A shockingly bad road record.

There is only one fitness issue that Kent Nielsen, the head coach of Silkeborg IF, needs to be concerned about, despite the fact that his team is nearly at full strength. It has been decided that Gustav Dahl (Concussion) will not be performing here. 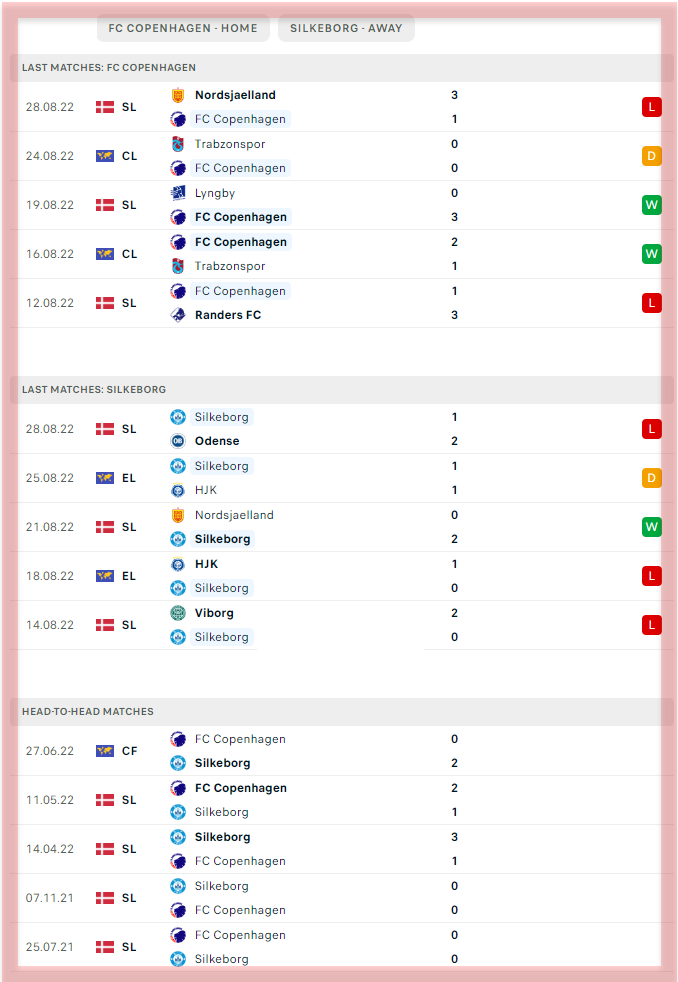