FC Copenhagen vs Brondby – The most recent Super Liga season saw FC Copenhagen in fantastic shape. They were able to advance to the Champions League qualifying matches thanks to their strong run,

they were able to secure the fourth slot in the league standings, which earned them a promotion to the Europa Conference League season’s qualification games.

They are currently adhering to an erratic pattern. In the last five head-to-head encounters with Brondby, FC Copenhagen has triumphed three times, drawn once, and lost once.

In four of the last five head-to-head matches between these two teams, the both teams to score option was successful. In their most recent meeting here, FC Copenhagen prevailed 2-0.

We can see FC Copenhagen opening up this season with a negative display against the new come Horsens. They lost the game despite of being big favorites.

Anyways, they have bounced back with a win against Aalborg in their second league outing and lost again on the road against Viborg.

FC Copenhagen have a decent home form at present. They won three of the past five home outings. Each of those three positive recordings saw their offensive side scoring two or more goals.

On the other side, Brondby played some friendlies and Europa Conference league qualification fixtures before entering this Super Liga.

They were mostly winless in those and recorded the same in the league by conceding back-to-back defeats to follow them at present.

Brondby possess a poor form on the road at present. They are winless in in four of the past five on the road outings across all competitions.

Their defensive line-up leaked two or more goals in three of those too.Considering all the above stats, we are left to back FC Copenhagen to seal a win against Brondby on Sunday. 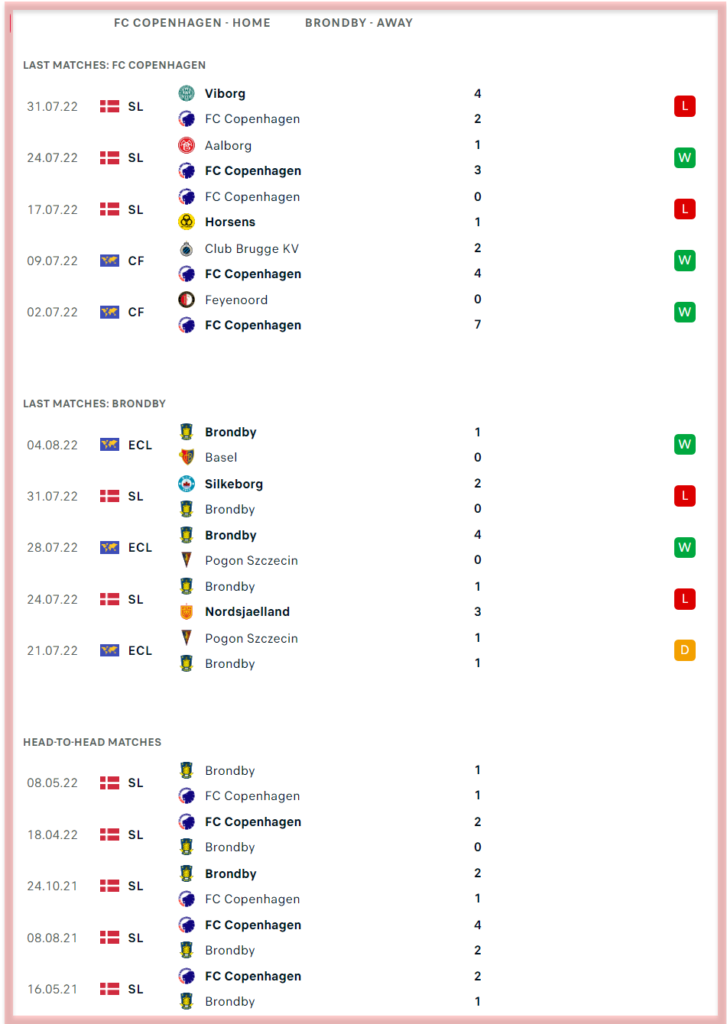