FC Basel vs Grasshopper – This season, after champions Zuerich, Bassel has been the best team in the competition. They are currently in second place in the table, and they want to finish in either second or third place because that will get them into the Europa Conference League.

As of now, they have seven more points than the cutoff for the Conference League. With only three games left in the league, all they need is one more win to mathematically qualify.

And since they are playing at home on Thursday against the Grasshoppers, one of the teams fighting to stay in the league, you can be sure that they will win in front of their fans no matter what.

Basel had won the first match by a score of 2-4. Six years have passed since they last lost to this opponent. In their last three games, they had scored two or more goals.
Only twice in the last 12 years have visitors won at this stadium.

Basle has only lost three league games in the last six months, and two of those losses came against Zurich, who is currently at the top of the league.
Since August of 2021, they have only lost twice in the league at this stadium.

On the other hand, the Grasshoppers have lost 18 of their last 21 games, and since April of 2021, they have only won five road games.

Lastly, they have a bad record against this opponent over the years. Taking all of these things into account, Basel should win this Thursday. 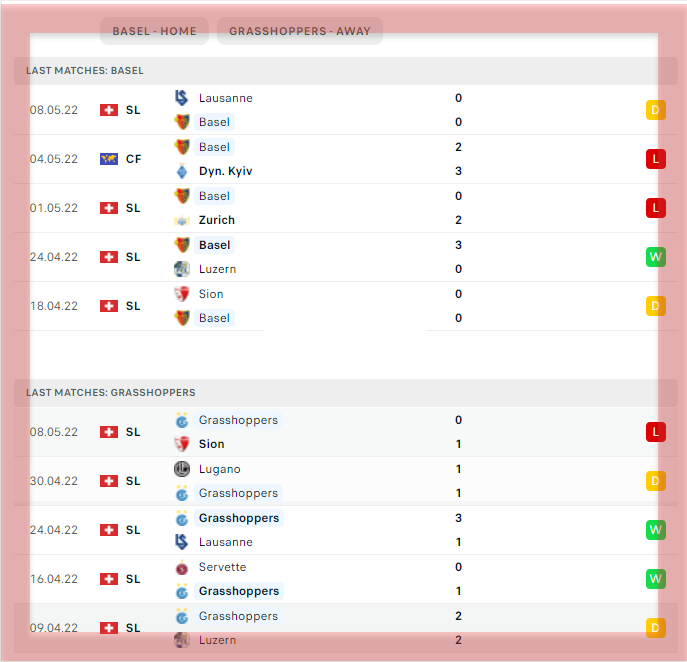