Sion made 20 attempts at goal, eight of which were successful. FC Sion scored goals through Giovanni Sio (89′) and Filip Stojilkovi (17′).

Over their last six games, Alex Frei’s FC Basel 1893 team has scored 12 goals in total. There have been seven goals scored against them over that time.

Recently, it has become increasingly common for Pyunik to play in games where at least one team fails to score. This has happened five times, according to a review of their previous six meetings.

Their opponents have scored nine goals in all over these matches, while Pyunik has scored four. However, there is no guarantee that this tendency will continue.

Yegishe Melikyan, the manager of Pyunik, does not have any health concerns to disclose heading into this game because the team’s roster is completely free of injuries and is eligible for selection. 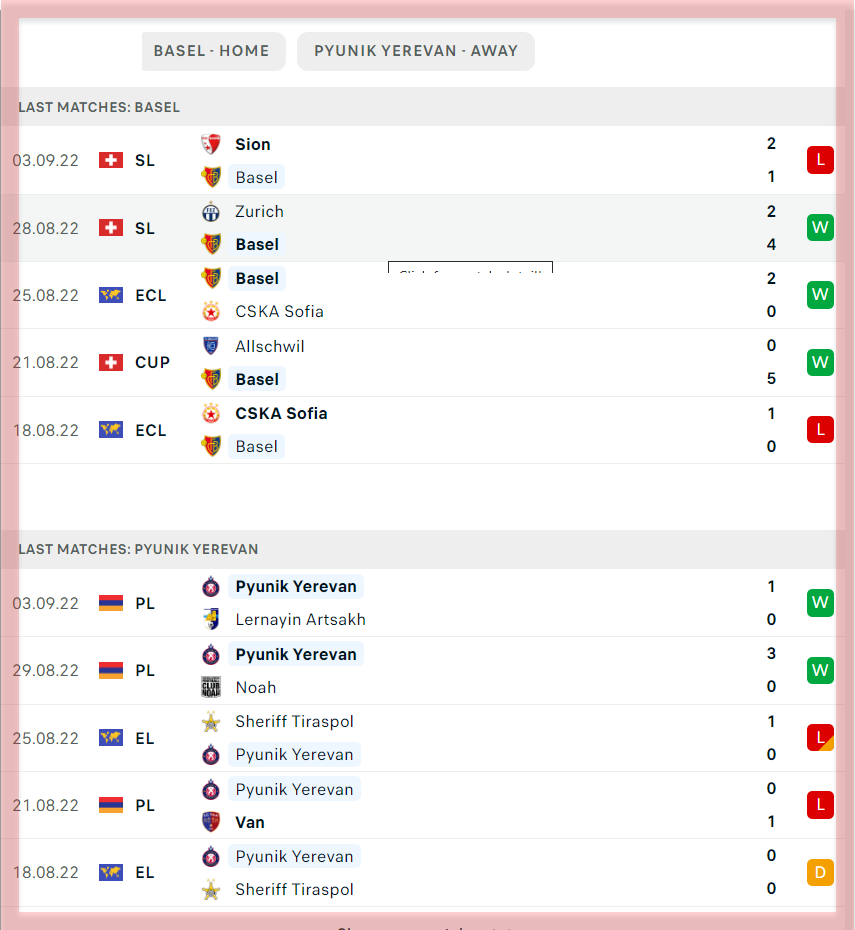