Faroe Islands vs Turkey – This season of the UEFA Nations League, Turkey was perhaps placed in the easiest group of any team ever. They were placed in League C alongside teams like Luxembourg, the Faroe Islands, and Lithuania.

While some teams, like Luxembourg, have improved in previous qualifying rounds, they have by no means shown that they are capable of competing with Turkey for first place in their division.

Turkey has dominated the first four games of Group 1 with a stunning goal differential of 14-0. Stefan Kuntz, the German manager, has certainly approached this responsibility very seriously, and we anticipate that he will continue to do so throughout the remainder of the season.

On Sunday evening, Turkey will complete the group stage with a trip to the north and a match against the Faroe Islands in Torshavn. In the rematch from three months ago, the Turks defeated the Faroese team by scoring four unanswered goals.

We shouldn’t even bring up the fact that Kuntz has a team that is significantly more talented than that of his teammate on the other side. Faroe Islands, however, must be commended for managing to earn four points from their previous two games in this group. After failing to score in the first two games against Lithuania and Luxembourg, they each scored two goals against those opponents.

In the rematch, which was played in early June of this year, Turkey easily defeated the Faroe Islands 4-0. During the 90 minutes of play, Faroe Islands only managed to record a total of four attempts. These two teams had previously only played one another once, drawing 1-1 in a friendly in 1991.

Because of the stark disparity in talent between these two opponents, a resounding victory for Turkey is the only outcome that is possible. The visitors have odds of 1.70 to win by two goals or more, while Turkey has odds of 1.61 to defeat the Faroe Islands at Torshavn. 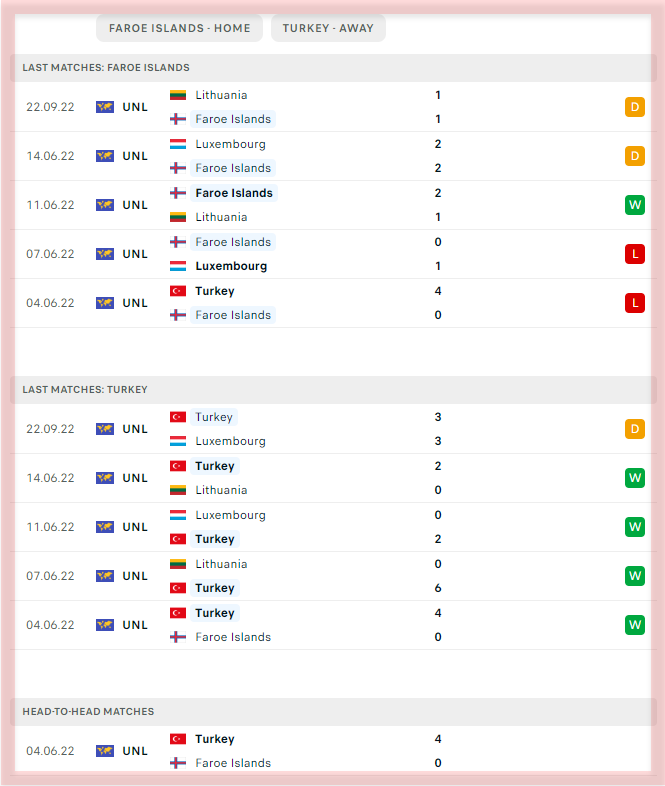