Excelsior vs Roda – preview and prediction – team news, and lineups

In their most recent encounter, Excelsior defeated Jong Ajax. Excelsior scored six goals in the contest, while Ajax, who finished third, only managed two.

Roda JC’s most recent match was against VVV. Roda had scored the game’s first goal, but they were unable to maintain their advantage. VVV equalized the score three minutes after the opening goal was scored. With a 1-1 FT result, the match ended in a tie.

Excelsior has enjoyed a strong season so far, but the club had been out of sorts since the end of January. Excelsior’s triumph in the most recent match ended their four-game losing streak, and we can only hope that it also ended their terrible performance. Their recent results have placed them in sixth place in the league table, with 46 points.

Roda JC has performed admirably in their matches this season, losing only a few times. The club has gone undefeated in their last eleven games, scoring in ten of them. Their recent success has helped the team climb to eighth place in the rankings. So far, they have a total of 23 points from their matches.

Excelsior has performed admirably at home, losing only three of their games. Roda’s road trips have resulted in the squad losing only two games. Roda has a better chance of winning than Excelsior based on recent results. Both sides have scored in recent encounters and should score in this one as well. Roda’s most recent goals have also come in the second half. 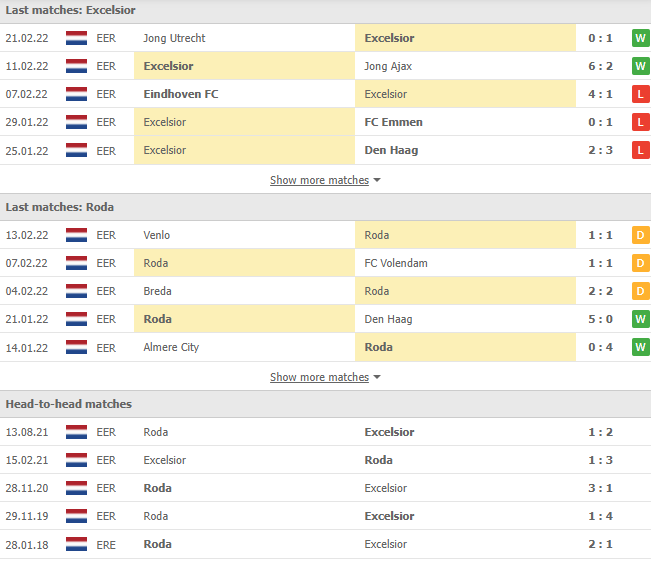