Excelsior will be seeking to improve on their last performance here, which saw them lose 4-1 to FC Eindhoven in the Eerste Divisie.

Excelsior has struggled to keep a game going for the full 90 minutes in previous years. The fact that Excelsior has been scored against in five of their previous six games, allowing 12 goals, will be a problem for them. We’ll find out soon enough if that trend will continue into the next encounter.

Jong Ajax will enter the match on the back of a 2-0 Eerste Divisie victory over Jong PSV in their previous match.

Jong Ajax’s defense corps has put in a string of solid performances, resulting in a total of four goals against in their last six matches. During the same time frame, their own forwards have scored nine goals. 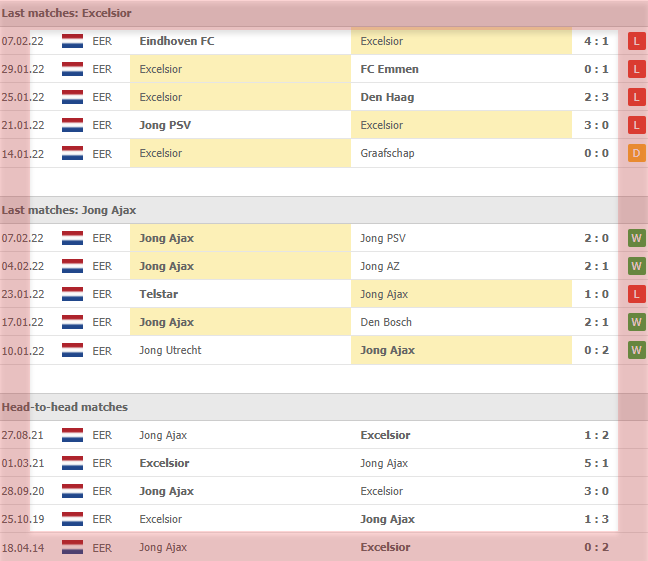