Everton vs Brentford – Preview, and Prediction

Everton vs Brentford – Everton is facing one of its most difficult trials in recent memory. They’re hanging by a thread over the relegation cutoff, and a relegation to the championship would be disastrous for a team of their calibre. With two games remaining, they will be absolutely determined to continue their winning streak, scoring in record proportions. They have nothing to lose, therefore we can expect them to give it their all on the field to win.

It also helps that they are at home this weekend, where ardent fans will be rooting for them to keep their season alive. Brentford, on the other hand, are playing as if they have something to show to the rest of the league, having only been promoted to the top tier at the end of last season. They’ve been on a tear recently, and they’re hitting the back of the net at incredible rates.

They will do everything they can to take advantage of the Toffees’ desperation and possibly cause one of the biggest upsets in English top flight history. Expect nothing less than a ferocious battle when these two meet this Sunday at Goodison Park. Goals are likely to come from both ends of the field.

The Toffees defeated Leicester 1-2 on the road last weekend. They had also gone undefeated in four of their previous five games, winning three of them. Importantly, they have won six of their last nine home games. 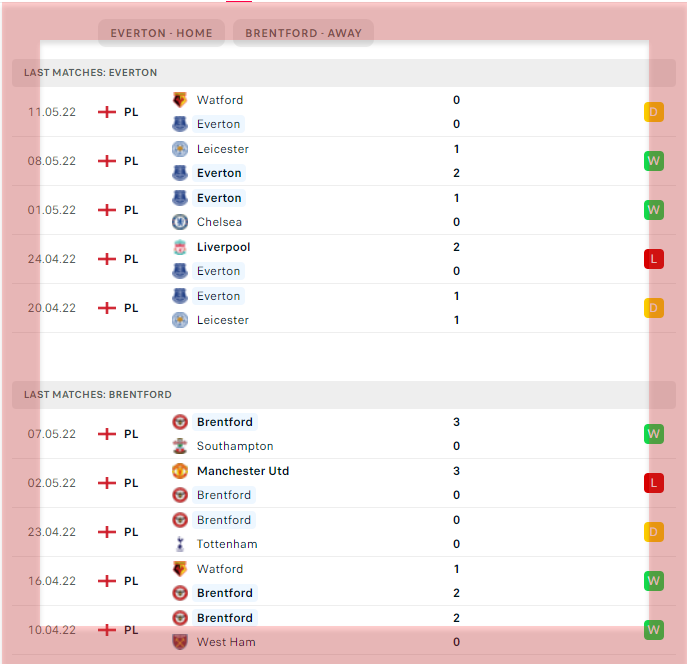