ESTAC vs Rennes – Preview, and Prediction

ESTAC vs Rennes -After winning by a score of 2-4 against Monaco in Ligue 1, ESTAC will be looking for a repeat of their previous performance.

Six of Monaco’s eight goal efforts found the back of the net. Monaco scored goals through Guillermo Maripán (10′) and Youssouf Fofana (63′).

In five of the last six matches in which ESTAC played, at least three goals per game were scored. In this span, opposition teams scored 14 goals, compared to 11 for ESTAC.

Prior to this encounter, ESTAC had lost their previous six league games to Rennes. After defeating Brest 3-1 in their previous match in Ligue 1, Rennes will enter the contest on a winning streak.

Brest had 7 shots on goal, only 2 of which were on target. The goal for Brest was scored by Franck Honorat (57′). Prior to this match, Rennes has been a threat going forward, scoring nine goals in their last six games.

This doesn’t hide the reality that Rennes has had some defensive issues, as they have also allowed goals in six of those same games. However, there’s a chance that pattern won’t continue into this game’s second half.

Due to a generally intact group, the only absence-related fitness issue for ESTAC manager Bruno Irles is present. Due to a knee injury, Andreas Bruus is no longer eligible. 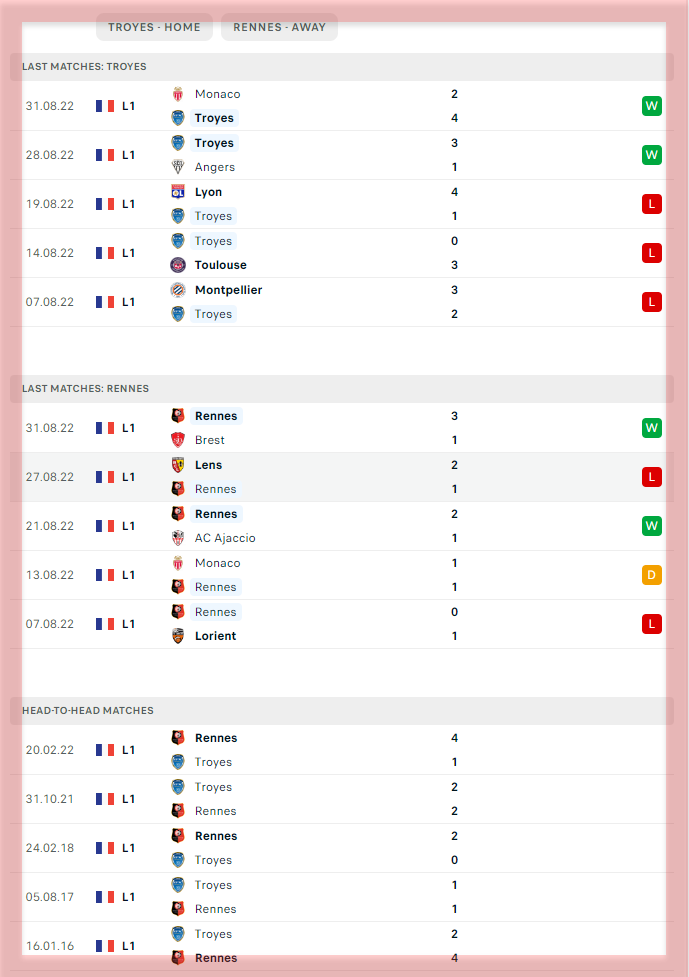